The opening keynote address by filmmaker and University of Wisconsin professor Douglas Rosenberg wandered around the vast terrain occupied by these twin topics. [Read the address in its entirety here.] Inspiring in the richness of the ideas presented, Rosenberg’s address also spoke to the complexity of art’s relationship to society: “All art forms live in constructed narratives, simultaneously moving forward and dragging the burden of history behind them, a laborious task. Art is labour. Dance is exquisite labour, valuable for its beauty, yes; and also for its ability to speak sublimely to the human condition.”

And so it began. The conference program was a mix of panel discussions, presentations and networking events designed to share information and stimulate discussion. On the technology side, digital guru André Bouchard presented innovations in technology for the arts, sharing a wealth of tips about tech management, data analysis and open source versions of popular digital creative tools. His 25 Tech Ideas for $25 listed simple initiatives that even the smallest arts organizations could implement from easy and fun fundraising ideas to publicity stunts to taking ownership of public profile via online reviews and fan nominations and Wikipedia entries and the like.

Marc Kirschner, from New York’s TenduTV, spoke about how dance companies can (and must) successfully enter the digital marketplace creating multi-platform work and embodying a culture of innovation. It isn’t just coming, he pointed out: “It’s already here.” TenduTV specializes in the dissemination of dance on media, using platforms such as iTunes and Hulu to make the best international dancefilms and documentaries widely available.

Dance and media were amply represented throughout the weekend, bookended by two panels of dance and media artists, both led by Rosenberg, and both re-hashing many of the digital art issues raised over the last decade including authorship, copyright and dissemination. 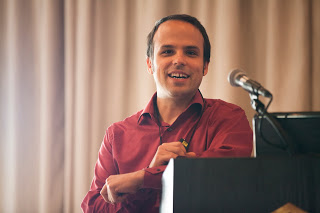 In addition, Bgirl, gamer and choreographer JoDee Allen (co-founder of the Solid State all-girl crew) gave a workshop about bringing street dance values to game design. And Allan Isfan of favequest (designers of the Step in Time! Conference mobile device application) presented a seminar in Mocial Marketing; or, in other words, what happens when you use social media as a marketing tool? Isfan proposed that the era of the personal computer is over, magazines are dead and the future belongs to mobile devices and tablets. During all of these tech-based presentations, email addresses were exchanged, iPads passed around and great fun was had by the Instagram-ers and tweeters in the room (among them conference media sponsor The Dance Current testing out our new Twitter strategy) – a new model arts conference in many respects.

The more challenging and contentious idea explored in Ottawa was pluralism (i.e., respect for each other’s cultures and a recognition that all are equally essential to the shaping of Canada’s arts and cultural landscape). What’s contentious is the gap between those with a more urgent approach to upholding pluralistic values and those who tend towards a more evolutionary model. From discussions on the “Changing Demographics in Dance” and “Governance Models to Support Pluralism”, chaired by Charles C. Smith (editor of the Canadian Centre for Policy Alternatives’ recently published book of essays, Pluralism in the Arts in Canada: A Change is Gonna Come) to a presentation by Canada Council Dance Section Head Caroline Lussier on the Council’s Dance Mapping project (the results of which will be available shortly online), the conference provided an important forum for a thorough and yet all too brief exploration of the subject. Anne Marie Jean of Culture Montréal presented research about the cultural habits of young Montréalers and spoke of the increasingly recognized importance of amateur practice and engagement. And there were a number of impassioned addresses by artists, notably panelists Amirali ALibhai, Nova Bhattacharya and Zab Maboungou and another keynote speaker, Toronto’s Sashar Zarif, who spoke movingly of his evolution in expression, starting from early childhood experiences with dance and music in Azerbaijan. 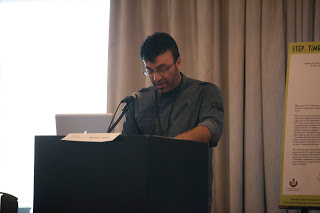 In many ways, semantics is at the heart of all discussions about pluralism. A number of panelists used personal stories and poetry to evoke an atmosphere of respect and acceptance. As ALibhai, of the Aga Khan Foundation (a co-sponsor of the conference), put it with a recitation of the Hafiz poem: “Fear is the cheapest room in the house. I would like to see you living in better conditions.” All present agreed that the presentations and discussions facilitated by the CDA on the subject of pluralism are essential even though, as one panelist pointed out, “We’ve been having the same discussion for twenty years.”

Following the first jam-packed day of the conference, a bit of performance provided a welcome counterpoint to all the chatter. Canada Dance Festival Artistic Producer Jeanne Holmes programmed a selection of Ottawa-area dance artists in a showcase for conference delegates held at Arts Court. There were intriguing excerpts of work by Propeller Dance (Ontario’s only integrated dance company for people with and without disabilities), Yvonne Coutts (and also guest choreographer Noam Gagnon) for the Ontario Dance Directive (ODD) and Anik Bouvrette’s Tara Luz Dance. The showcase, as well as a gangnam-style participatory dance break held the next day and led by Julia Gutsik from Ottawa’s Luv2Groove studio, provided ample demonstration that the work of discourse proceeds more efficiently when the mind has experienced some art and the body has had some exercise. 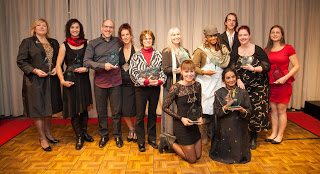 On the final evening of the conference, the I love Dance Awards were presented. Twelve awards were given out to deserving members of the Canadian dance community during a gala dinner in the Panorama Room at the National Arts Centre. With Tré Armstrong hosting, performances from Supernaturalz, Mandoline Hybride and Vanessa Shaver and presenters such as Alberta Ballet’s Jean Grand-Maître, BJM’s Jay Rankin and Les Grands Ballets’ Alain Dancyger handing out the glass statuettes, the evening was a true celebration of committed contribution.

Well run, warmly welcoming and attended by an impressively engaged and articulate (though small) cadre of dance community members from across the country, the CDA’s Step in Time! Conference generated a long checklist of ideas to research and ponder.

Coda
On the Monday following the weekend conference program, a plenary session for the various Standing Councils that loosely represent the CDA’s national membership met and brainstormed, in part for the benefit of consultant Jane Marsland, who has undertaken a strategic review for the CDA. Efforts were also made to prepare members of the dance and larger arts community for Arts on the Hill activities to be held the following day. This was work of a different kind for a small group of conference stakeholders staying on in Ottawa and was undertaken at a more contemplative pace; it was a welcome and practical application of many of the ideas discussed over the course of the weekend.

More information about the awards and conference is available at cda-acd.ca. See also Shannon Litzenberger’s Report on Arts Day on the Hill.

By Kathleen Smith
Read more by this author