Samyuktha Punthambekar has been an Indian classical dancer for over twenty years and has been in Canada for the last six of those. Her interest in arts management — its systems, funding streams and many aspects that come with the management side of the arts was ignited when she got an opportunity to work with Ilter Ibrahimof and his company Sunny Artist Management in 2015. At the time, she didn’t know anyone in the Toronto arts community, and their collaboration was a time of many firsts for both of them.

Ibrahimof moved from Montréal to Toronto in August 2015 and Fall for Dance North (FFDN) was his passion project. For Punthambekar, travelling from Mississauga to Toronto to volunteer and learn more about the arts was her first formal introduction the communities brought together by FFDN. Less than a week into her work with Ibrahimof, the first season of FFDN happened. She explains, “The magnitude of the festival blew my mind. The depth and level of detailing in every aspect was so visible and heartwarming — a breath of fresh air in the Toronto dance scene.”

Punthambekar says that Ibrahimof’s influence has impacted her in a similar way as one of her dance teachers. “Some of the best advice I’ve received was from my dance teacher in Kalakshetra, India,” she says, “who told me that ‘art speaks for itself.’ I believe that Ilter also stands by this testament. I still remember his voice echoing through the Sony Centre and being drowned out towards the end with thunderous applause. That is when I understood who I was working for.”

Samyuktha Punthambekar How did your journey into the arts begin?

Ilter Ibrahimof After I finished Emerson College in Boston in 2001, with a theatre studies degree, I moved to New York City and worked three years for World Arts Inc. — now a debunked booking agency that focused on representing dance companies from North America and other parts of the world. I absolutely fell in love with the world of arts management and the feeling of being part of a backstage team that made tours and productions happen. I started my own agency, Sunny Artist Management (SAM), in 2004 and slowly built a roster of dance artists who captured my imagination, mostly driven by my personal taste. Today SAM has grown into a full-service agency where we represent artists, produce original shows and consult for many interesting organizations. It was 2009 when select festivals started to invite me as a guest curator for their programs. I loved being on the ‘other side’ of the coin and very much enjoyed building a parallel career as a programmer. Finally, I was lucky to be picked as an artistic advisor for Fall for Dance festival at New York City Center in 2013/14, which led me to believe that we should have a Canadian version of this wonderful festival and that it should happen in Toronto! (I had already relocated to Canada in 2008 and was living in Montréal). It’s hard to believe that Fall for Dance North is now in its third year. We have big plans for the future and can’t wait to share it with the world.

SP When was the seed of Fall for Dance North planted? What made you think of such a festival?

II As an agent and producer, I always struggled to bring my projects to Toronto. It was difficult to find dance presenters who would be willing to take significant risks, even though Toronto is such a big and vibrant city. Surely, I thought, the audiences must be there and they must be hungry. I guess it was frustration that pushed me to propose this festival to Mark Hammond and Madeleine Skoggard from the Sony Centre, who jumped on the idea right away and have been the best partners imaginable.

SP How did the idea of choosing Toronto to host Fall for Dance North emerge?

II I don’t think it’s a big secret that Toronto needed a push when it comes to dance presentations and audience building on a large scale. International dance has been especially problematic in the past ten to fifteen years. I thought a project like Fall for Dance North would be the right thing, for the right place, at the right time.

SP Tell me about the moment you knew the festival would succeed.

II It wasn’t until the first ever evening program in 2015. I had arranged a pre-show recording to ask the audience to turn the cell phones off etc. — the usual business. As soon as my voice came on the speakers with the first words ‘Good evening everyone. Welcome to the first ever season of Fall for Dance North …’ The crowd went absolutely wild. They didn’t even heard me say ‘Please turn your phones off!’ That’s the moment I knew that we’d created something very special.

SP You curate other festivals as well. What are your main criteria in putting together a successful festival?

II Balance of program and sense of discovery. As a curator — and this is true especially in the dance field — I believe that it’s very important to step outside of your own bubble and into the shoes of the audience. The journey of the people who are witnessing the performance is key. You (and of course the artists onstage) need to take everyone from a point A to point B. They need to feel inspired, energized and transformed. They need to feel surprised, fulfilled and boggled.

SP What do you see as the three biggest influences on your work? How have you developed such an intricate eye for detail in everything that you do?

II It’s a hard question to answer. Cities I lived in (Istanbul, where I am originally from, and then in order, Boston, New York City, Montréal and Toronto) had big influences on me, both personally and professionally. Each offered such a rich sense of beauty, chaos and access. Then of course everything I do has been very much influenced by my family (especially my mom), the first choreographers I worked with whose works astounded me (especially Nacho Duato) and places I’ve travelled to (especially ones with lush nature).

SP What do you see for Fall for Dance North in the future?

II We are working hard to build FFDN as an institution in Toronto, with a continued and ever-growing mandate to build the next generation of dance audiences, through multiple programs, which will one day include a bigger festival and year-long presentations. We’re getting there slowly. 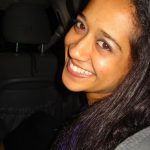 By Samyuktha Punthambekar
Read more by this author

Tagged: Ballet, Contemporary, Highland, On the Ground, ON , Toronto