(Play 20 second video of Baryshnikov’s solo in La Bayadère [1969].)
(Start jumping a few seconds after the end of the video.)

We bend our knees, we stretch our feet, we run, cast our limbs and jump in hope of winning over gravity. For as long as we can remember, humans have dreamt of flying; have invented techniques and tools in order to take off.

For centuries, dancers have also been part of this quest and some of us have reached remarkable altitudes, seeming to spend more time in the air than on the ground, provoking gasps and admiration.

Starting ballet at eighteen, I quickly understood that creating the illusion of lightness was central to being a successful dancer and so I worked tirelessly on entrelaçés, entrechats six, saut de basque and double tours en l’air. Years of training passed, countless masters coached me, but sadly I was never able bring anyone to tears with the ethereal nature of my dancing. Yet, I was finding myself spending more and more time in the air, busy becoming a travelling artist.

My name is Eric Beauchesne; I am a Canadian dance artist. I am a member of Kidd Pivot, a Vancouver-based dance company directed by choreographer Crystal Pite. I would like to speak to you about the positive impact dance artists can have in the fight against climate change.

Don’t worry, you will not want to drown yourself in a tar-sand pit after this. My talk is not aimed at reminding us that we face a climate crisis and that our addiction to fossil fuel is the primary cause. The reality is we already know this and are reminded daily of the urgency of the situation. Instead, I would like to share an event, which has inspired me deeply.

So there I was, a few years ago, going on a short tour to Tokyo. And when I say short, I mean it. Left Montréal on a Monday, came back on Friday of the same week, spending literally as much time in the air as on the ground, to dance a thirteen-minute duet.

Don’t get me wrong, I enjoyed every second I spent in Tokyo and took delight in performing in this wonderful country. But as the week progressed, a sense of dissonance kept growing in me and the same thought kept popping in my head: “In the context of the climate crisis, to keep going this way is simply unsustainable.”

Being someone who spent the first part of his life fishing and hunting in the beautiful marshes of Québec, it is no surprise that environmental issues are part of my interests. I remember becoming silently angry with fishermen who would not respect their catch and outraged with contractors who destroyed wetlands to build houses. And so when climate change became a public issue, I naturally and quickly got concerned. But I remained silent. In fact, I’d say I remained silent for the first thirty-five years of my life, convinced somehow I didn’t have much power to change anything.

It was during my trip to Tokyo that I hit a wall. For years, I convinced myself that becoming an artist had made me a more open-minded, forward-thinking and progressive person. I congratulated myself on being a member of Greenpeace, for using a Klean Kanteen water bottle and for buying organic food. The reality was, the very fundamentals of my dance career were, and are still, based on travelling to perform and teach, which means flying around the globe according to where I am needed. Which also means releasing tonnes of CO2 into the atmosphere.

Just to give you an idea of the kind of impact I am talking about:

In other words, my duet emitted more than twice the average emissions of someone living in a non-industrialized country in an entire year, and almost half of the annual emissions per person living in Canada in 2011.

My Tokyo epiphany was so strong that, for a while, I considered quitting my dream job in order to stop pouring extensive amounts of CO2 into the atmosphere.  I was realizing more and more that my artistic journey was creating dramatic and lasting effects, not only on the generations to come, but on all living beings and I refused to continue down that path. I thought: “This is going exactly against the very nature of dance, which is to be ephemeral.” Yet, like most of us, I had to pay the bills and survive financially. So I kept travelling with a growing inner conflict, in search of ways to change the way we operate.

The first step of this search led me to read and think about carbon mitigation. After discovering ways to reduce my personal carbon footprint, and realizing that it would take years to change the way dance companies plan their tours, I decided to investigate the field of carbon neutrality and carbon offsetting. For those not familiar with carbon neutrality, we can simplify it by saying that one pays someone to remove the equivalent of CO2 being emitted by a specific activity. If your flight emits one tonne of CO2, then one tonne of CO2 has to be removed from the atmosphere somehow. The most common project type is renewable energy, such as wind and solar farms, biomass energy or hydroelectric dams. Others include energy-efficiency projects, the destruction of landfill methane and forestry projects.

Reading and researching made me more and more curious and I slowly got interested in knowing what the next Kidd Pivot touring impact would be, and how much it would cost to offset it. Well, a few weeks later, Crystal Pite and I found ourselves meeting Offsetters, one of the most respected carbon offsetting companies in Canada. And in less than an hour, not only were we getting to know the impact of our coming tours, but we came out with a sponsorship in the form of a full offset of the 206 tonnes of CO2 which were going to be emitted by the transportation of the company members and material in 2014.

You won’t be surprised to hear that I came away from that meeting completely thrilled to have initiated what was going to be, most likely, the first carbon-neutral tour by a dance company, but also dazzled by the fact that it had been fairly easy and, even more, that this could have happened years before.

Make no mistake about it, carbon offsetting is not the ultimate solution. Dramatically reducing our addiction to fossil energy needs to happen and will remain the ultimate goal in order to tackle the crisis we are facing. But this first little success naturally boosted my enthusiasm, confidence and appetite to get more involved and raise awareness about this important topic.

I started to think: “What if I start asking people who invite me to teach to compensate for the carbon emitted by my visit?” And again (even though I was afraid they would refuse or cancel the invitation), all organizations, without exception, have not only agreed to cover the extra cost. but they have congratulated me for being one of their first carbon-neutral guests.

Overall, this experience convinced me of two things:
First, I don’t need to wait another thirty-five years to get involved.
Second, if a small-scale artist like me can make a difference, everybody can.

It also made me realize one important thing:
The way we do business is clearly unsustainable and whether we like it or not, we will have to move away from this model. The question is: are we going to wait or be proactive about it? I certainly believe the sooner we find ways to reduce our impact, the better we’ll survive the transition that our economy will go through soon.

If dance organizations have built themselves and survived on miniature, tiny, microscopic budgets, it is because they are grassroots, highly creative and gather deeply motivated people. I believe these are the core ingredients that will enable dance organizations and dance artists to tackle this problem, transform the way we operate and bring our art form back to its basic nature, which is to be ephemeral.

Kidd Pivot is featured in “Lasting Effects: How Changes to the Temporary Foreign Worker Program Are Impacting the Dance Community” by Bridget Cauthery in the January/February 2015 issue. 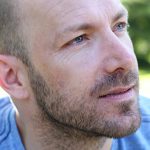 By Eric Beauchesne
Read more by this author