Dr. Ruth Priddle, founder of the former dance program at the University of Waterloo, died on June 8.

Priddle grew up in Toronto and trained at Canada’s National Ballet School. In her teens, Priddle danced professionally as a Canadette and for the CBC in a variety of productions including The Wayne & Shuster Show and While We Were Young. After high school, she completed a physical education degree from the University of Toronto and a Bachelor of Education, teaching high school for two years before exploring other career options.

Priddle heard about a job as a dance teacher in the new physical education department at the University of Waterloo (UW) though her university roommate’s husband. In 1965, Priddle became the first female athletics director at UW. The position required that she have a PhD, so she went for a master’s degree in anatomy at Ann Arbour University, Michigan. In the 1960s, the government paid select Canadians to go to the United States and get graduate degrees with the idea that they would return to teach in Canadian universities. Priddle also auditioned for Springfield College and completed their dance program, including two semesters at Jacob’s Pillow where she was exposed to the work of Martha Graham, and other techniques not yet practiced in Toronto. To appeal to the science focus at UW, Priddle also completed a master’s degree and a PhD in psychomotor behaviour through the psychology department; however, all of her research was done on dancers.

For the rest of her career, Priddle worked to carve out a place for dance inside UW’s overly technocratic institution, as she would have put it. She first offered dance as a branch of kinesiology, focusing on the science of movement and granting a Bachelor of Science at graduation. In 1974, the dance program grew to become its own department. Even though the degree changed to a Bachelor of Arts, Priddle ensured the curriculum was heavily saturated in kinesiology and science, and the department was still based in the Faculty of Physical Education. Priddle also started a children’s dance school at UW in 1970 to provide training to children in the community and to provide a place for students in the program to practise teaching and to observe learning patterns in children.

UW was no exception. Throughout the 1970s and 1980s, the faculty tried to shed the label of gym class and began to focus solely on the academic aspect of movement. They changed their name from Physical Education to Human Kinetic and Leisure Studies, and then changed it again in 1990 to Applied Health Sciences, all to emphasize a health studies focus over sport.

In 1992, when the federal government cut the amount of its funding to universities, UW revised its budget, and dance, the smallest department in the university, was no longer included. The faculty in the dance department had already been downsized from eight to just two full-time positions. There were eighty-three students. In 1996, the department closed by putting together a farewell performance of students and alumni of the program. Swan Song featured works by faculty member Susan Cash, graduates Pam Grundy, Gabby Kamino, Julia Aplin, Sylvanus Klotz and Stephen Filipowicz, a solo by Betsy Cooper danced by Jennifer Bolt (the program’s last graduate) as well as other students past and present.

The university allowed the Carousel Dance Centre, the children’s dance school, to remain open for a decade after the department closed, as students’ class fees paid for the studios, and the university kept a few teachers on faculty part-time to teach dance courses as electives. These courses continued to attract a variety of new teachers, one being David Earle, choreographer and co-founder of Toronto Dance Theatre.

Priddle continued to work with the children’s school and helped develop a program for physically disabled and cognitively impaired children and adults, in co-operation with the  Rotary Children’s Centres in Waterloo and Cambridge. She also continued teaching practical dance classes for older women, aged forty to sixty as well as a History of Dance course in Wilfred Laurier University’s Association for Lifelong Learning, a non-credit program aimed at retired people.

Priddle’s academic work had an impact on motor learning research. Even if the department she worked so hard to develop did not survive, its alumni did. Many alumni are making an impact on the dance and dance training communities today. Priddle influenced the way the people who worked with her regard dance, science and creativity, and how they can intersect, and she undoubtedly has influenced many who continue  to work in those fields. A memorial performance is being planned for her at UW on September 25. 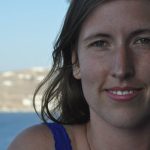 By Emma Walker
Read more by this author