Les Grands Ballets Canadiens de Montréal (LGBCM) closed a mostly successful three-week season in the French capital on August 9th as the featured company of the city’s fourth annual summer festival, Les étés de la danse de Paris. Exhausted yet exhilarated after a run of sixteen performances – six works deployed in three different programs – some dancers returned to home base while others stayed on to enjoy well-earned vacations in Europe.

Following in the footsteps of such former festival guests as San Francisco Ballet, Alvin Ailey American Dance Theater and the National Ballet of Cuba, LGBCM – which had not danced in Paris since 1974 – left the favorable impression of an impassioned troupe that relishes the physical, emotional and intellectual possibilities of the art of dance.

With its appealingly eclectic score and episodic structure, Ohad Naharin’s “Minus One” – an anthology of excerpts from his earlier works assembled for LGBCM into a seventy-five-minute ballet by the Israeli choreographer in 2002 – was an apt vehicle to announce the company’s arrival in Paris on July 21st.

Naharin chose to drop the usual opening solo to launch “Minus One” with the full company, black-suited and seated in a broad arc, in a dramatic display of falls and recoveries. Bodies arch back and limbs flay in great, synchronized waves, culminating in a liberating, almost ritual group disrobement.

From here, through an unfolding series of solos and variously configured ensembles, “Minus One” runs its emotional gamut – from light-hearted absurdity, through problematic romance to existential angst – in a modern movement style that favours unexpected articulations and contortions and bursts of raw energy.

Even less overtly explosive sections, such as the on-again-off-again courtship of Robyn Mathes and Jérémy Galdeano in a sly and sultry pas de deux, crackled with the potential of suppressed desire and physical power.

While local critics, predictably, argued the merits of Naharin’s choreographic pastiche, the dancers clearly triumphed. They won the hearts of audience members who, mostly uncomplainingly, endured the bum-numbing plastic seats of the improvised 3,000-seat theatre erected for the festival within the cavernous expanse of the more-than-century old, Gustav Eiffel-designed Grand Palais exhibition hall – a mish-mash of grandiose beaux arts and serpentine art nouveau – close by Paris’s storied tree-lined boulevard, the Champs-Elysées.

During his eight years with LGBCM, Macedonian-born artistic director Gradimir Pankov has assembled a formidable company of artists. As an ensemble, the members dance as if driven by a shared heartbeat yet each has a radiant individuality that shines distinctively when given the chance. The confessional section of “Minus One” with solo dancers stepping from the line to share intimate thoughts about themselves was vivid proof of this.

Valéry Colin, the former Paris Opera Ballet dancer who directs the Paris festival, chose to invite LGBCM over other, arguably better known international troupes, because of his first-hand experience of its appealing personality and appreciation of its wide-ranging and adventurous repertoire. “Artistic quality was the sole criterion,” Colin explained, discounting suggestions that the invitation was a diplomatic nod to the 400th anniversary of the founding of Québec.

Les Grands Ballets is no stranger to overseas touring but its Paris season, with presenters and impresarios from across Europe in attendance, is likely to open fresh opportunities. On opening night Canada’s ambassador to France, Marcel Lortie, was beaming with pride after observing the rare – for Paris – standing ovation accorded the company. How ironic then that as the company returns to Montréal it is greeted by the news that the federal government is axing the Department of Foreign Affairs’ already lamentably under-funded PromArt program. The $4.7 million program, meager as it is, enables companies such as LGBCM to represent Canada abroad. Talk about a kick in the face. This country, more precisely the current administration, has an odd way of rewarding its artists. 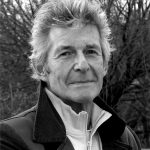