Music lies at the core of James Kudelka’s Vespers. This iteration of the two-part work is performed by Canada’s Royal Winnipeg Ballet and choreographed to Claudio Monteverdi’s Vespro della Beata Vergine, or Vespers, a canonical term to describe a sunset prayer service. Kudelka transforms the religious evocation of this 1610 choral masterpiece into a contemporary spiritual testament to the union between animals, humans and nature.

Monteverdi’s magnificence is exquisitely performed by the Studio de musique ancienne de Montréal (SMAM) and accompanied by the National Arts Centre Orchestra. The Ottawa-based conductor Andrew McAnerney, who is the artistic director of SMAM, brilliantly leads both the choir and the orchestra.

The first act features a universe of animals and people punctuated with ritual, love, sex and death. A shared realm between animals and mortals emerges, and it quickly overshadows the potential for conflict between the two. Their world is one that fosters mutual harmony and delight in association with one another. A loose narrative weaves together animal characters and people within a tapestry of glances, gestures, embellished steps and mazed movements. Events in the ballet are interspersed within a kaleidoscope of choreographic fragments made up of drama, classical ballet and contemporary styles, along with court and folk genres.

In this first half, ten animals become characters in the dance: ram, bear, horse, cardinal, hawk, duck, pig, porcupine, fox and rabbit. This compendium of beasts that give life to the Renaissance music, invoke the bestiary of medieval art; the collection of birds recalls the volucrary scattered in the art of the same period. The audience instantly recognizes these distinct animals through Karen Rodd’s spectacular three-dimensional masks that envelop the dancers’ heads.

The sacredness evokes medieval animal imagery, which moves into the secular world as imaginative distortions of fairy tales shine through in the twisted dimensions of the creatures. In this universe a bird can be as big as a bear. Donning costumer designer Denis Lavoie’s formal vests and tailcoats, the dancing animals become anthropomorphized in their elegant dress. The sartorial connections between beast or bird and human reinforce the harmony between the world’s mortals and creatures. The spiritual couplings materialized through costume summon the human-animal hybrids that embellished works of art in the Renaissance.

Kudelka’s choreography is labyrinthine in its architecture. A mesmerizing and intricate trope emerges: the mortals and creatures dance as a synchronized whole to eventually break apart into smaller sets — often into threes. At one point, a group separates into duets. Another dancer performs courtly travelling steps woven together by pas de bourrées. A third forms two lines of partners facing one another who repeat a series of steps executed by the group in unison. The couples change partners in succession, evoking a seventeenth-century country dance. Expressive and symmetric, multiple figures are carved out on the dance floor. They capture and reshape the lyrical and polyphonic score and its decorative “goat’s trills” — also referred to as the “Monteverdi trill” — the repetition of a variation in a singular pitch.

The unique personality of each animal is evident in their solos. The coexistence between the human and creature takes centre stage in these animal performances, which, in turn, inspire the movement vernacular of their human counterparts. The horse, majestically performed by Liam Caines, stands out as a stately and imposing figure. He shakes his mane and fills the stage with the force of his gallop. The mortals then capture his head movements, high kicks and footwork, which call forth the courtly galliard. This Renaissance dance, performed with gentler kicks and leaps, becomes mightier and more exuberant through the horse’s innovation.

The sprightliness of the rabbit, wonderfully performed by Chenxin Liu, lightens the stage. Her ears perk up, hinting at the upward movements that are to mark the steps of her solo. The mortals repeat her gestures by throwing their arms and heads toward the skies and executing a series of high-reaching grand jetés.

Act I concludes with a struggle between the ram and the three men. At the top of the ramp — a stand-in for a mountaintop in a powerful set designed by Nick Blais — the ram (Yosuke Mino) declares his dominance in this kingdom through buoyant and capricious kicks and vigorous leaps. This struggle looms, but is rendered distant by the opaque lighting of Michael Mazzola.

The second part of the ballet takes place in the urban world “after the Fall,” where animals and mortals live separately from one another. This split is symbolized in the opening domestic scene that displays a gigantic farm table that transforms into a huge child’s toy pop-up box. At first only the animals appear to be seated at the table, and then suddenly only the humans are there.

Evelyn Hart, who joins Canada’s Royal Winnipeg Ballet for this performance, dances as Everywoman, a role created for her by Kudelka. From the moment she appears onstage in the second act, her presence is magnetic. Despite her willowy stature, Hart is commanding. Her execution of even simple gestures reverberates and is felt throughout the theatre. With just a turn of the head and movement of the eyes, she calls forth depths of emotion. At sixty-two years of age, Hart still reigns as an internationally recognized ballet icon of Canada.

A poignant moment occurs when Hart first encounters the horse. His expression, produced through movement and stillness, captures the glance of Everywoman. The horse’s gentle turn of his head, weighted down by a heavy and cumbersome mask, is touching. He seems to be urging Everywoman to imagine a world where humans do not dominate animals, a mode of interaction that is not entirely part of the mythical world that Kudelka has created. The pas de deux between Hart and Caines is moving in its plea for a deeply rooted connection between humankind and nature. The achievement of the masked animal dancers in expressing emotion solely with their bodies is impressive.

Enchanting and enthralling lifts accent the drama. Hart is raised sky high multiple times by her male partners, including Caines and Dmitri Dovgoselets. Noteworthy is Hart’s performance during soaring horizontal elevations. Maintaining a perfectly still and supine stance, she continues to resonate movement through her extension and body hold.

The rift between animals and mortals is rendered less harsh when Everywoman is accompanied by Dovgoselets, who plays a male figure resembling a husband. Through their gorgeous duets, a reconciliation is sought between the two worlds.

The open-ended narrative structure of Vespers is a double-edged sword. Shaped through moments, images and atmospheres, the ballet depicts an evocative and poetic journey. This odyssey, though remarkably beautiful, does not sufficiently direct the choreography of such a drawn-out ballet. A plot that the audience can grab onto is needed to carry a work of its length. The dearth of suspense and tension weakens the work.

This lack of momentum did not diminish the audience’s enthusiasm. They gave the dancers of the Royal Winnipeg Ballet and their guest artist, Hart, a glorious standing ovation. 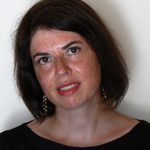 By Sheenagh Pietrobruno
Read more by this author