The cool kids from Calgary are in town. They groove, they jump, they rock and they bop; they funk it up, and work it out. Best of all they feel the blues, and they transmit that love of rhythm and blues in every eighth note. “Magnetic Consequences”, the latest creation from Decidedly Jazz Danceworks (DJD), presents an exhilarating collaboration featuring nine dancers, four jazz musicians, and the emotive vocals of guest singer Jackie Richardson. Directed and staged by artistic director Vicki Adams Willis, the work generously exposes the core of the DJD soul, a soul that is yoked to musical rhythm.

Willis thoughtfully structures a seamless interplay of countless long and short dances to the musical compositions and arrangements of Bulgarian-born Kristian Alexandrov. His musical direction offers the dancers a solid blues base from which to explore, improvise and return home again. Andy Ericson on drums, Chad Holtzman on guitars and Rubim de Toledo on basses play original music by Alexandrov, as well as numerous American jazz and blues tunes from the 1960s and 1970s. Alexandrov plays keyboards and percussion, and he enhances the band’s aural palette with striking melody lines, hand drumming and detailed percussive effects.

Act 1 opens with a spot on Richardson singing the steady, melancholic tune “Basket Full of Blues”. As the song progresses and the lights come up, the dancers — costumed in black and white — emerge from the wings with stylized walks. Then the company hits its mark and the dancers fill up the space in a burst of motion. From the get-go the ensemble work is strong and percussive in the DJD tradition, with a quality of smoothness, as though the nine dancers have rehearsed together for years. It is easy to overlook the fact that the five women perform these athletic sections in black heels, until suddenly, later in the Act we are reminded, as they remove and exchange shoes and dance in various combinations of bare feet and heels.

Throughout the two acts in “Magnetic Consequences”, solos offset the ensemble sections and the many combinations of duets, trios and quintets. Each of the nine dancers takes a turn soloing in front of the band and, as each steps into the spotlight, his or her body transforms into a unique kind of musical instrument. The soloists dance directly in front of the four band members who are stationed upstage right. Richardson’s presence, upstage centre on a circular riser, acts as a focal point for the kaleidoscopic movement in front. Short and intense, the solos emerge organically from the preceding movement action, and showcase the individual strengths and qualities of the dancers. With utter confidence and a measure of cool, each soloist allows the audience a chance to appreciate his or her personal style without the distraction of other performance elements. In keeping with the tradition of jazz and blues musical form, in which instrumental solos are integral, the dancers develop these sections themselves rather than being directed by a choreographer.

Kimberley Cooper grabs the first solo and her skilled use of body isolations responds to and plays along with the guitar riffs. She evokes a lioness quality, an independent self-assuredness with courage to commit to the improvisational process. Cooper, who is resident choreographer with the company and has performed for many years under the mentorship of Willis, is credited with major contributions to this production. Throughout, the choreography is rooted in a process of group improvisation.

Improvisation in the DJD jazz tradition functions differently than improvisation in much of the West Coast contemporary dance scene, primarily in terms of the dancer’s relationship to the music. Willis and Cooper appear to have created “Magnetic Consequences” with a desire to fuse the movement with rhythm and blues musical genres, such that the body collaborates like another instrument in the band. The relationship of dancer and musician make the DJD work unusual. At many points in the performance, there is no foreground or background in terms of the dance and music; the choreography and movement are so wedded to the structure of the music, that we can barely discern the separate layers. Who initiates the impetus here or there? Who is leading, mover or musician?

For movement to hold its ground alongside the acoustic authority of live jazz and blues, to avoid being swallowed or upstaged by excellent musicianship, a dancer must find a performance energy that matches the surround-sound power of big music. And this is a skill all the DJD dancers exude throughout the show.

When Ahmed Fernandez Hodelin takes his spotlight, he expands the American jazz-roots vocabulary and transports us to old Havana by introducing the complex rhythms of Cuban dance styles. Hodelin struts in a compelling, almost casual way, moving from a tight, strong core and executing rapid-fire phrases. His duet with Malika Srivastava would make R&B songwriter Gene McDaniels proud, as the two eat each other up to McDaniel’s tune “Possession”. The dancers achieve a raw physicality that is believable and yet honours the mystery of attraction, and Hodelin seems to take care in partnering Srivastava so as to show off her calculated, yet free-flow kinaesthetic sense.

The program, like a delicious tapas menu, moves through a variety of musical genres all grounded in rhythm and blues flavour. At regular intervals, Richardson narrates the prose and poetry of Harlem writer Langston Hughes, referencing themes of love, attraction and betrayal — the stuff of blues songs. This device brilliantly links the musical pieces, satisfies the discursive mind of the audience by offering a thematic explanation for the dances, and provides a way to connect all the smaller movement ideas.

When the inevitable love loss occurs, Richardson steps off the riser and moves to console Cooper who stands with her back to the audience, her body visibly engulfed in grief, and this sets up the perfect transition into the 1971 hit “Ain’t No Sunshine”. Only a heart of stone would be unmoved by Richardson’s magical rendition of this soulful melody. Cooper elegantly minimizes her movement choices to not compete with the super hit or with Alexandrov’s amazing piano arrangement that changes tempos (and maybe keys) to complement the beauty of the vocals.

Act 1 feels almost complete on its own; however, in Act 2, the choreography adopts a lighter mood and gives the performers a chance to indulge in a playful and humorous quality. The audience claps spontaneously as the curtain comes up on the company frozen in tableau, all dressed in sensual reds. Sarisa Figueroa’s theatrical presence in “Inseparable” earns laughter from the house as she leaves her duet with Ivan Nunez Segui to flit seductively from male to male. Segui, also from Cuba, moves his endlessly long limbs in fluid, wave-like fashion, conjuring images of an eight-armed warrior god.

The band delivers on “Shame, Shame, Shame”, the disco hit from 1975, and “Shake Em On Down” by Bill Withers, danced by the entire company. The interpolation of movement phrases is continuous — variations on hip hop, salsa, break dance, swing, African, modern and DJD’s low-centred jazz steps that demand constant weight transfer and predatory awareness. We are treated to huge star-shaped leaps, low and slow back layouts, and curious gymnastic moves that stay glued to the groove.

When the curtain closed, the audience let DJD know that they dig ’em — and people left the theatre feeling good about the blues.

DJD tours “Magnetic Consequences” to cities across Canada through May 2007. 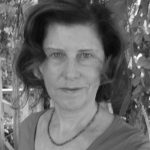