Porch View Dances is exactly what it sounds like — dance performances that take place on porches. Celebrating its 10th anniversary, Porch View teams professional choreographers with “regular people” who put on original dance works from the comfort of their homes, using their porches as stages. The audience is mobile, travelling by foot from Toronto home to Toronto home, a nomadic take on the dance recital that’s flipped every one of its conventions on their heads.

Or it was that before the pandemic. Porch View Dances was forced to adapt, and the product — a miniature film festival that aired on their website August 5 — captured the roaming spirit of Porch View’s original vision without compromising social distancing guidelines.

Put on by Kaeja d’Dance, this year’s instalment of Porch View saw dancers of all experience creating and performing in their own short films representing their interpretations of the concept of “home,” one which has been complicated and strengthened by the conditions of the pandemic. Porch View refracted those complications with a selection of vastly different films. The first performance of the evening, titled Āmi to Āmra (Me to Us) and choreographed by Atri Nundy, features a nuclear family unit — two parents and two kids — playfully sharing in the love of dance. First, the mother performs a dance alone, then she teaches her partner the dance and, finally, her two adorable sons. The dancing is interspersed with scenes of the children playing and the parents laughing, soaking the idea of staying at home with your family — an idea forced upon us over the past year and a half — with fun-loving confidence and a palpable sense of unbridled happiness.

The second film of the evening, titled Threshold and choreographed by Sara Porter, took the event’s porch motif and ran with it. The surreal piece deals with the porch as a threshold to the home — the performer, shrouded in psychedelic visuals, dances eerily on a porch, pressing their body weight against it, a tension swirling between them and the way in. It concludes with a dancer moving in a forest, also grabbing on to the spaces in between that the woods contain. It is a cerebral take on what Porch View does best — inviting people to articulate and perform what their home means to them.

The films were separated by brief vignettes — one-shot, minute-long musical interludes performed by Toronto locals. The first, a burlesque performance by Ravyn Wngz, dancer and co-founder of Black Lives Matter Toronto, featured the activist twirling by the city’s harbourfront in an all-black outfit in what she called a testament to the slave trade and an homage to Harriet Tubman. The vignettes, all of which were sandwiched between films, served as brief but effective palate cleansers between the meatier and lengthier segments.

The third and final film might have been the most rousing of the evening. Bearing the lengthy title of social reconnection/reintegration\dance in a (lowkey) tiktokified world, the film features two young dancers: Cianan Liburd and Kiké Otuije. The work sets iconic group-oriented dances like the Cha Cha Slide and the Lindy Hop to an infectious hip-hop beat. The dancers twerk their way from a front porch to a curb, giddy as they dance beside street lights and walls and parking meters. It is a powerful ode to the city that is so intrinsically tied to Porch View — a city that encourages people to embrace fun and community, even when gathering in person is limited.

One of the most striking elements of the evening, however, was a documentary on Porch View that aired in the middle of the event. The short film documented how former participants of Porch View — some of whom first performed in it as children and are now teenagers or adults — were affected by the innovative structure of its in-person editions. For viewers who weren’t familiar with Porch View, it gave a window into why the performance has persisted as long as it has. For those who were familiar, it draped the evening with a profound sense of nostalgia, showing that dance isn’t about technical proficiency or elaborate training but about coming together to move. 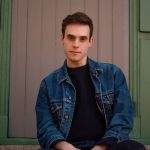 By KC Hoard
Read more by this author