The inimitable Peter Chin is known for his multi-disciplinary work and particularly for his interest in Asian cultures and dance forms. The Jamaican-born, Toronto-based choreographer’s latest work, “Transmission of the Invisible”, carries this interest forward. A collaboration with Canadian dancers Louis Laberge-Côté, Andrea Nann, Heidi Strauss, and Cambodian dancers Phon Sopheap and Yim Savann, the work integrates video by Cylla von Tiedemann, sound installation by Garnet Willis (designed in collaboration with Chin, who is also credited with the costumes), lighting design by Arun Srinivasan and set design by David Duclos.

The company’s website offers some context for the work’s creation, which developed against the backdrop of the Cambodian genocide of the Khmer Rouge era. During this period, from 1975 through 1979, the ruling Communist regime wiped out an estimated 1.5 to 2 million people, among them many artists and intellectuals. As a result, much of the country’s cultural history was decimated.

Chin’s interest in this period, however, focusses not on the violence and tragedy but rather, as his website notes, “on the subsequent recovery and rebuilding, especially of the arts, that started in the 1980’s [sic]. “Transmission of the Invisible” was initially inspired by watching an aged classical Cambodian dance teacher as she instructed her student in an almost lost classical work (since with the deaths of approximately 90% of artists, much repertoire had been lost with them).” Chin and several of his collaborators spent some time together in Cambodia in 2006 (Chin and von Tiedemann also made previous visits) as part of the creative process for the work. Video by von Tiedemann, with some supplemental footage by others, provides the visual backdrop for the theatrical performance.

“Transmission of the Invisible” is a multimedia collage of sound, movement, video footage and spoken word. The movement itself shifts between a more abstracted choreographic flow and highly stylized gestures that seem linguistic in their precision and punctuation. Movement motifs include fast vibrating open-palmed hands; a wide, deep, flat-footed squat that sometimes travels through space, becoming a kind of sideways gallop; a whirling, gooey torso roll; and unison phrases of extreme slow-motion. Toward the end, during what seems to be the climax of the piece, the dancers begin excitedly speaking different languages, randomly and abruptly stopping to gasp for breath.

The specifically gestural vocabulary seems to be a contemporary reflection of classical Asian movement, perhaps derivative of Cambodian dance. (For his collaboration with Vancouver-based Alvin Tolentino on “BODYGlass” (2007), Chin used his knowledge of various Asian dance forms to create new symbolic gestures.) The physical phrases appeared to me as though they had been pasted together from disparate elements. This is not to say that the performance itself lacked rehearsal — all the dancers were clearly invested in the material — but that this pastiche quality was clearly deliberate, and made apparent the gaps and ruptures between elements. The gasping for breath, to me, epitomizes this interruption of flow.

The decidedly cut-and-paste quality pervades all aspects of the work. Sequences of sound, video and dance do not evolve organically; rather, the rough edge of one abuts the rough edge of the next, not quite neatly. In this sense, the work feels edited together from fragments. The soundscape blends a mix of birdsong, industrial noise, traffic sounds, music and drumming, and the video cuts between morphing ink blots, jungle foliage, documentary-like visuals of people in daily life (presumably in Cambodia), rehearsal footage of the dancers in a studio and walking down a city street (also, I think, in Cambodia), fish swimming, a wall crumbling, tiny air bubbles underwater. The set itself extends beyond the prescribed edges of the theatre space. An expansive white crumpled paper screen with rips, tears and jagged edges, its surface reflects the projections and various gaps serve as exits and entrances for the dancers.

Perhaps because of the video, “Transmission of the Invisible” had the quality of a documentary, even in its multimedia performance mode — not narrative per se but explicatory, didactic more than expressive. The work remained at a distance, for me at least. This could have had something to do with my awkward seat at Toronto’s Enwave Theatre, on the third level wrap-around balcony on stage right, actually perched above the performance space. I felt removed from the experience of the work and very much an observer from my particularly odd angle. I was aware of my looking in on something, not unlike the feeling I have at a museum or gallery exhibit, yet different. And I began to see the work as a kind of postmodern ethnography or ethno-choreography of sorts.

In the early days of anthropological study, researchers would analyze the rituals and everyday practices of a people and then write up their findings in a monograph, creating a textual representation of a given culture. In the mid-twentieth century, such classical ethnographic practices were criticized for the ways in which they documented this fascinating “other” from a western perspective in a western voice. Questions, about who can write and from where, focussed on the implication of the researcher’s position and drew attention to the multiple layers of interpretation involved in this process. Nationalist and postcolonial discourses prompted new approaches such as auto-ethnography, introducing new, specifically indigenous, voices.

Watching this work, I couldn’t help but think of Chin and his collaborators as creative anthropologists. In this way then, “Transmission of the Invisible” can be understood as an ethno-choreography that undoes the traditional approach, through transcultural, multimedia collaboration. The artists’ verbal and artistic “languages” create a cacophony of cultural voices that collide and ricochet. The flow among them is constantly interrupted. Chin leaves these rough edges and unsettling gaps to be perceived. And this is what I see.

As such, the work itself questions the possibility of cultural transmission, and the passing of knowledge through time. Chin offers no pretense of a smooth and falsely integrated surface picture. Instead, he reveals the fissures in the process, holding the question rather than providing fabricated answers. Anchored by its Cambodian context, the piece opens up the inherent aporia, the impossibility of an uninterrupted cultural history, which is necessarily invented, always collaged. In a way that a text perhaps cannot, this ethno-choreographic performance is able to reveal an impossible process that occurs nonetheless: the transmission of the invisible. 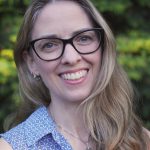