Liz Kinoshita’s 5 Standards could be a master class in smooth transitions. Created for dancer Jacinte Armstrong, this brand new solo in three parts takes the audience on an emotional journey through the inner psyche of Armstrong’s character using the sounds of three different pieces of Oscar Peterson’s music. The seamless switches from angst to joy to resignation, with so much nuanced richness in between, was sometimes breathtaking. This is not to say the work is complicated. Choreographically, the movement is sparse and at points seems to nod to the work of Merce Cunningham. This bare approach, coupled with the clarity of thought and impact, made for a truly stunning new piece that would surely benefit from a second or third viewing.

5 Standards felt fairly informal from the get-go because of the space where it was presented. Danspace is more of a large studio than a theatre, so the audience was able to see Armstrong hanging out just offstage as she prepared to perform. This could have interfered with our immersion in the world of the dance, but it did no such thing; the intimacy of the space offered a view into the character’s private, inner world in a way that a larger space wouldn’t have. The subtle shifts in body language and facial expressions were able to land on a deeper level because of our proximity; it felt like we were close friends having a conversation.

At times, Armstrong’s simple movements evoked entire scenes. My favourite image that came to mind was a large field and a springtime picnic. With minimal lighting, no set pieces and no projections, the generative nature of this piece was impressive.

Of the three sections, the third was less impactful than the first two, which seemed to show the inner journey of Armstrong’s character with more layers and shifts, making it more engaging and interesting. Had the third section been presented on its own, this may not have been the take-away; the first two sections were so impressive that made it hard for the entire piece to exist at that level.

After 5 Standards, we were asked to leave the theatre so the chairs could be rearranged to prepare for the second part of the evening’s double bill, Kinoshita’s You Can’t Take It With You. When the doors reopened, the chairs were scattered in clumps on the stage, with a small set piece resembling a pile of black garbage bags positioned in the corner.

You Can’t Take It With You is a piece that appears to rely on sensory reactions, rather than complicated choreography or staging, to communicate ideas. Through yelling and fast, repetitive movements and sounds, dancers closely weaving in and out of the audience as well as the length of the piece itself – 50 minutes – Kinoshita works with the weight of emotion, situating the piece heavily in the bodies of the audience. The result is deeply uncomfortable. The feeling of chaos that creeps up on the audience, both nearly imperceptibly and forcefully, is one that left us feeling jarred and exhausted. It is easy to see why this is the second presentation – you need a nap after experiencing this work.

The soundtrack Kinoshita employs is composed solely of the voices and bodies of the performers. Wearing jumpsuits akin to those worn by waste collectors, the dancers abound with energy, even in the quieter moments. The level of intensity it was able to maintain was impressive. But from an accessibility standpoint, it is clear that differently abled bodies and minds were not considered when creating this piece. Being in close proximity to performers who are vocalizing at high decibels in an often aggressive and jarring way can be triggering for many people. The audience was also sometimes asked to move our chairs quite quickly, on our own – a request that fails to take into account the physical challenges some audience members may have. Although Kinoshita works with her concept of waste versus necessity in interesting ways in You Can’t Take It With You, without content warnings the content comes across a bit insensitive.

Pairing these two pieces made sense because they were both by the same choreographer; however, 5 Standards could have been its own presentation, perhaps paired with a talkback with the artists to make the evening longer. I am keen to see if this piece tours or is developed into something longer – it holds both power and potential. 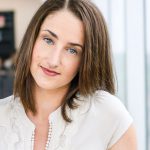