After purchasing tickets, we stand in the hot sun in an alleyway outside an abandoned warehouse next to the Boys and Girls Club in downtown Whitehorse. As the first sounds of music snake out from under the closed doors, we are let into the building. Entering a dark cavernous room, our attention focusses on the floor-level stage, set in the round, with a row of chairs on each of four sides. It is an unorthodox performance space and we are encouraged to walk around and observe from different views. Four posts, one in each corner, have sealskin cord tautly strung between them. Dangling over these cords, yarn is draped at eye and chest level in looped bundles of cream and navy. Two blank screens, one facing the entryway and one at right angles to the first, are suspended above two performers. Singing in Inuktitut wavers from the speakers.

“Uqquaq, The Shelter” is a performance and video installation featuring Geneviève Pepin, a dance interpreter, coach, artistic advisor, performer and dance teacher from Montréal, Québec; and Laurentio Q. Arnatsiaq an Inuit hunter, drum dancer and artist from Igloolik, Nunavut, who currently resides in Montréal. Their work ran for ten summer days in Whitehorse, Yukon, as part of the Longest Days Street Fair.

Pepin and Arnatsiaq have been working together since 1999 developing and refining this collaboration. Throughout the process, they strove to retain the autonomy of each of their cultures. They did not intend to create a “fusion” of styles or forms. Instead, Pepin feels that “each one of us inhabits and reveals our own universe. We really worked hard on the fact that we wanted to stay who we are and not identify ourselves to the culture of the other or mix the cultures but identify ourselves to our own cultures, French or Inuit.”

In one corner stands a woman, Pepin, gathering and working with the yarn. Rhythmically, she strings the wool from a skein into a long bundle, looking at her work. In the opposite corner is a man, Arnatsiaq, seated facing outward on a three-legged stool draped with a sealskin. He is looking beyond the performance space, into the audience, chewing on a sealskin rope to soften it up. The rest of the rope is scattered around him at his feet. She is dressed in contemporary western-style clothing: loose pants and a long tunic; he is dressed in traditional Inuit clothing: mukluks, anorak and leggings. They have their backs to each other as they continue to work with their fibres. As I walk around and watch, I pass Arnatsiaq, who, with an unexpected jolt, makes eye contact with me as he continues to chew the rope.

The singing and the music end, and Pepin sweeps into a short dance that travels to the other corner in which three sealskin cords converge at waist height. She hums the melody from the song, extending and withdrawing her limbs while crackling sounds from the speakers emphasize the images of a campfire and the arctic environment of snow, stones, and hands warming at the flames on the screens above. As she returns to working her yarn Arnatsiaq rises, walks over and begins weaving his rope through and around the three converging cords, tying them together in a crisscross pattern. Pepin independently rearranges and unravels the yarn from one cord to another, walking all the time in an efficient and pedestrian manner. Upon finishing, Arnatsiaq returns to his stool. As he walks, he moves his body in an accentuated figure eight tilt, evincing feelings of discomfort and pain. Their movements have an everyday quality, Pepin’s steps punctuated by the shoes she wears.

They continue to work at their weaving, Pepin draping the loops of wool in long vertical lines, Arnatsiaq working on the sealskin rope, seated on the stool facing outward. The screens show vivid scenes: flashes of the Montréal comedy festival, club music with people everywhere, including Arnatsiaq, dancing. The film accentuates the differences in environment and culture. In the Montréal scenes, Arnatsiaq looks very much like a fish out of water while, in contrast, he is very much gathered and in control as the images turn to Arctic community and hunting scenes.

The film changes to integrate Pepin’s French inflected English, her voice in the Arctic, apparently coming from behind the video camera. Suddenly, the screen freezes on Arnatsiaq’s image; onstage, he walks across the space, picks up a large drum and starts dancing. He beats the rim of the drum with the stick in a circular counter-rhythm to his singing, while moving clockwise, crouched, at times issuing guttural “Hah! Haaaaaahhhh!” cries. He takes little skipping step-hops around, gradually slowly as though tired. He crouches lower and, setting the drum down, returns to the stool.

Onscreen there is the sound of a ski-doo. “Ah shit,” Pepin’s voice says from her position behind the camera as Arnatsiaq tumbles into shallow water onscreen. Offscreen they continue their work. Most of the yarn is now on the shelter as they walk and crouch down to finish it.

Later in the work, Arnatsiaq stands, speaking into a microphone. It sounds as though he is telling a story in Inuktitut, but the content remains a mystery for most of the audience. Fortunately, it is not necessary to understand the content because the performance tells its own story. It has been building around Arnatsiaq and Pepin’s individual moments, as they move like blind satellites around one another. Finally, they begin to respond to each other’s presence. Pepin dances in response to Arnatsiaq’s words, approaching and withdrawing from him, tall and spinning, with an anguished drawing of flexed hands down her body, then back and around. Sometimes she responds in French. Again, it is beyond much of this English-speaking audience’s comprehension. Her dance is fluid, halting and sure all at once, as her elastic frame advances and retreats from Arnatsiaq. Finally, they come together in a danced duet set to the Neil Diamond tune “Beautiful Noise”. It is a joyful coming together. Smiling, they dance with their hands on each other’s waists, feet moving almost in unison but slightly off-beat, with clumsy knock-knees. They separate, spin and meet again. Love emanates from their beaming faces as they continue their dance, gazing at each other. Eventually they run off together with laughter as the lights dim and the music fades.

“Uqquaq, The Shelter” is a metaphor for the meeting of two people from different cultures. Performatively, the power of the shelter taking shape, the enchanting drum beat and Inuktitut-speaking voice, and the magic of the dance compel the man and woman to meet. Like two sculptors, Pepin and Arnatsiaq create an environment that changes as they move and evolve. Every moment in the work is obviously well thought out, considered and evaluated. At the same time, the apparent care and detail does not dampen the joy and love inherent in the piece.

Following the performances, both artists mingled, making themselves available to audience members for discussion. They invite audience members, especially the rapt children to come up and crawl into the shelter they just created, to sit on the sealskin rug and feel the cord and the yarn. “It’s a kind of a show that you won’t see very often,” says Pepin. “It’s a meeting of two different cultures respecting and admiring the differences and the most important thing; loving each other’s culture,” she notes. She and Arnatsiaq avoid the trap of playing off the exotic in both of their cultures by their respect for and insistence on meeting and creating while remaining grounded in their own cultural realities.

What Pepin finds most exciting is this element of reality: “It’s real. It’s an authentic adventure that we experienced in real life and then put in a symbolic space. It’s a metaphor of our own encounter transformed into an intimate poetry by the wool, the seal skin ropes, the strings pulled in the space, the film, the drum dance and the dances. The most challenging aspect was probably the movie. It was meant to create a relationship between what happened during the performance and the film so we had to try to give sense to the images we took from Igloolik and Baffin Island,” she notes, places that most audience members will not have been to.

In the work, Pepin’s dancing is graceful but stilted, in the sense that she is both starting and ending things at once. Her movements create the impression – through an extended arm, an uplifted face – of opening up and moving forward, and simultaneously – through a rapidly folded arm, a downcast face – a feeling of going back into herself. She seems to be very much in and of her own culture, as Arnatsiaq is very much of his own culture, grounding his weight and dancing, singing and drumming all at once. The beauty lies in the awkwardness: the fluid yet clumsy connectedness that pervades the piece, as they constantly work, side by side and sometimes face to face, without any attempt to subsume the other’s cultural reality.

At its core, “Uqquaq, The Shelter” is a beautiful love story, thoughtful, provocative and stirring. The contrasts of culture, the way the artists moved and interacted through their intentions, the video, and the final duet – together, these elements opened up space for reflection. Experiencing “Uqquaq, The Shelter” created a window into my own life and experiences, providing an opportunity to reevaluate and understand my many experiences of cross-cultural encounters and relationships, and offering a way to restructure them, as Pepin and Arnatsiaq demonstrated through their artistic example. 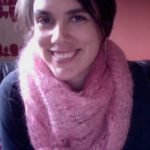 By Janelle Hardy
Read more by this author