Dancer, choreographer, teacher and member of the Martha Graham Dance Company David Zurak died in New York on March 9, 2017, after a two-year battle with brain cancer.

Born on October 11, 1970, in Toronto, Canada, and raised in Croatia, David Zurak was a latecomer to dance whose passion, dedication and love for the art touched many. He first discovered dance while completing his bachelor of engineering at McMaster University. After witnessing a performance by Peggy Baker, he changed his life’s path. He began training at the School of Toronto Dance Theatre and followed one opportunity to the next, leading him to dancing in New York.

Most notably, Zurak performed with Robert Wilson, Martha Clarke, Sean Curran, Richard Move and David Gordon. He was a lead dancer with the Lucinda Childs Dance Company. From 2002 to 2009, Zurak danced with the Martha Graham Dance Company where he performed some of the most iconic leading roles in the Graham repertoire, including the Husbandman from Appalachian Spring, Adam in Embattled Garden, Ulysses in Circe and Agamemnon in Clytemnestra amongst others.

Fellow Martha Graham Company soloist Elizabeth Auclair remembers her dance partner with great fondness: “David’s loss is very profound. He was an incredibly vibrant, abundant, aware, alive soul. He had a keen intellect, razor insight, a delightfully irreverent and irascible humour, paired with tremendous sensitivity and caring; he touched, affected and was deeply loved by a great number of people. Dancing with David was always an experience of heightened and distilled reality, of going on a journey with someone utterly tuned in to the present moment, fully committed, embracing and living it with total engagement. The courage that David embodied, in revealing over and over again his own vulnerability in continuously seeking, questing, learning, growing, was an invitation for others to do the same and will continue to be a treasured inspiration. He is and will be deeply missed.”

In 2009, David was awarded a full scholarship from the University of Southern California where he received an MFA in theatre. He served as faculty at the Martha Graham School, Trinity Laban Conservatoire of Music and Dance in London, University of California-Irvine, SITI Company and NYU Tisch where he choreographed for Orlando Pabotoy’s production of Invention of X. Zurak was also an instructor of Pilates, Gyrotonic Method and kundalini yoga. His yoga practice, in particular, was very important to him.

A Dartmouth College artist-in-residence with New York Theatre Workshop, Zurak most recently began to develop a series of original choreographies inspired by the writings of Oscar Wilde. From the Depths and What Is premiered in 2017 at the Martha Graham Studio Theater in New York. His choreography has also been featured in HBO’s Cinema Verite.

Zurak’s dear friend and fellow Martha Graham Company member Oliver Tobin reflects: “There was no one more solid, stoic or determined than David. He had a wicked sense of humour, something he never lost, even up until the day he died. He had the ability to look at life in a very connected, honest and profound way. He took his cancer diagnosis as an opportunity to look at his own life and the life around him with curiosity, wisdom, respect and devotion, through the lens of his meditation practice. David Zurak was a master class in grace. I loved him deeply.”

A Celebration of Life ceremony was held on Sunday, March 19, at the Martha Graham Studio Theater. 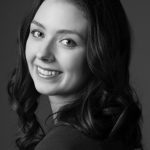