Assemblée Internationale 2017 (AI17) took place this year from April 30 through May 6 at Canada’s National Ballet School (NBS). This international event takes place every four years and brings together training schools from all over the world to collaborate, learn and create.

Founded in 2009, Assemblée Internationale brought twelve schools together, and eighteen in 2013. This years’ event was the largest to date, including twenty-one schools from eleven countries, all united by classical ballet technique. The event featured classes, rehearsals and performances by students from each school, including, Canada’s Royal Winnipeg Ballet School, The Royal Ballet School, The Ailey School and the Paris Opera Ballet School. Many of the events were also live-streamed to the public.

Four evening-length performances took place throughout the festival. Two of those featured works brought by each school to highlight their unique styles. The performances ranged in aesthetic from traditional classical ballet to contemporary, comedic pieces. The other two performances presented blended casts, with students from all schools, who worked with NBS alumni and current student choreographers. Among the alumni were Toronto-based dance artist Peggy Baker, as well as Robert Binet, choreographic associate with the National Ballet of Canada.

Charlie Skuy was one of the NBS students chosen to choreograph a piece for AI17. Currently in grade eleven, Skuy created a work with six female students and one male student. For this piece, he was very “attracted to female strength,” he says, and wanted to “play with the energy of these six strong women.” He describes his work as being “an exploration of human interaction”; there was a well-developed, mature sense of relationship within the work. The opportunity to create a piece for the festival gave Skuy a chance to further develop his ideas of movement and storytelling.

By bringing together schools from many countries, AI17 gave dancers new opportunities to learn and explore. Students of EESA/CPD de L’Institut Del Teatre commented on how it was nice to see the work and techniques of different schools and take class with a variety of teachers, whereas students of the Australian Ballet School were pleased that such a multiplicity of students gave them the opportunity to network with peers from around the world, work with new teachers and experience diverse techniques and choreography.

The concept of Assemblée Internationale – specifically that it is a non-competitive event – sets this festival apart. Students are encouraged to work amongst and learn from each other in order to collaborate with an open mind. The event successfully brought young artists together in a positive, nurturing environment to grow and develop. 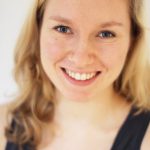