On October 25, Ice Theatre of New York held its annual benefit gala and performance at the Sky Rink at Chelsea Piers in New York City. This year the honourees of the event were four-time world champion figure skater Kurt Browning and his wife, National Ballet of Canada star Sonia Rodriguez.

A highlight of the event, entitled “The Best of Ice and Dance: Kurt Browning and his wife Sonia Rodriguez”, was Browning and Rodriguez performing Singin’ in the Rain, an on-ice version of the iconic Gene Kelly scene. It has become a signature piece for Browning since he first performed it for a 1994 TV special called You Must Remember This. As well, the event included a performance of three new works by the Ice Theatre Company – one choreographed by Edward Villella, founder of the Miami City Ballet, one by High School Musical choreographer Charles “Chucky” Klapow and one by Ice Theatre of New York Artistic Director Douglas Webster.

Kurt Browning was born in Alberta and represented Canada at three Winter Olympics. He is a four-time Canadian figure skating champion and a four-time world champion. He is currently the host of CBC’s Battle of the Blades. In 1996, Browning married Sonia Rodriguez who was born in Toronto and studied dance in Madrid. She became a member of the National Ballet of Canada in 1990 and was promoted to principal dancer in 2000. The two now live in Toronto with their sons Gabriel and Dillon. 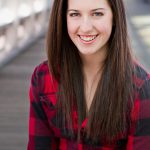 By Sarah Badham
Read more by this author