Filming this month in the historic St. John’s Masonic Temple, Scored by Time is a new dancefilm collaboration among Nicola Hawkins, a choreographer, visual artist and filmmaker; prima ballerina Evelyn Hart; and Duo Concertante, Canada’s pre-eminent chamber music  ensemble. The unnarrated dance and movement set to the of Brahms’ Violin Sonata No. 1 in G major, p. 78 tells the story of an older refugee woman, Sophia, played by Hart, fleeing war for much of her life.

Hart partnered with Duo Concertante, comprising violinist Nancy Dahn and pianist Timothy Steeves, for the first time shortly after she retired from the Royal Winnipeg Ballet in 2005, when the pair sought a narrator for a concert of dance music in Winnipeg. The relationship continued with several other projects of music, narration and movement. Duo Concertante have worked with Hawkins as a filmmaker and choreographer in recent years.

Hart is happy to be back in Newfoundland and Labrador to work on this film. She met Hawkins in 2015 when Hawkins hosted a performance of Hart and Duo Concertante in her deconsecrated church-converted home in Admiral’s Cove on the Avalon Peninsula. This film project is the first time that all four are creating together.

“Any chance to get together with Nancy and Tim is a great idea because they are incredibly collaborative artists. Nancy and Tim are quite unusual musicians in their understanding that when we collaborate, it increases their part. It’s like a pas de trois,” said Hart.

Hawkins painted Hart during one of her performances in Admiral’s Cove. The framed painting now hangs in the hall of Hart’s Toronto home. “It seems like a karmic thing that we are all coming together to create this film,” Hart added.

Dahn and Steeves are delighted to be part of the collaboration. “Evelyn was meant to be a performer. Finding ways to share her talents with the world is really important to us. I can’t say enough about the magic of her soul,” Dahn said. “She’s also so musical and gets the music, and so does Nicky, which is why this is so intriguing to us. They both are dance people who really get the inner workings of the music,” she added.

Two years ago, Dahn suggested that Hawkins listen to some music that she and Steeves were interested in. Hawkins, who has wanted to work with Hart since they met, was attracted to the Brahms sonata for its range of high drama and tender moments.

“It’s a big monster of a movement, but there’s enough space in it to have choreography,” said Hawkins. “Sometimes with classical music, it’s such a complete work unto itself that the dance can never catch up or never match the power of the music. There’s some extreme ranges in dynamics and emotional ranges in there. There’s a lot of masculine, [heavily] dramatic high drama, and there [are] these exquisite tender moments. The content was very appealing.”

The Masonic Temple, coincidentally consecrated only a few weeks after Brahms died in April 1897, was chosen as the film set to look like a faded but once vibrant music school. “The second floor is a repository for old pianos including a huge organ that a wealthy merchant bought in mid-19th century … [that] eventually ended up there. We were doing a photo shoot there and were telling [Hawkins] about all these pianos,” Steeves explained.

Before filming even started, Hawkins described the movie’s setting and opening scene as if she were watching the reel in her mind. “We see [Sophia] at the beginning of the film hauling a piano loaded up with belongings: an old trunk, a violin and a small child’s chair. There is an emotional throughline of the film, which is about this woman overcoming, facing her trauma: a lost child,” Hawkins outlined.

Hawkins created the choreography with local dancer Sarah Mackey and sent video clips to Hart daily in Toronto for her to consider, study and prepare the ballet work in advance. On the process and before filming began, Hart noted, “When I listen to the music and see what [Hawkins] is planning, I can feel it already gurgling in my instinct. It’s going to be [a] very accessible subject for me. The main thing is that it comes all from the music.”

Hawkins wants to ensure that through this film, Hart is seen as a creator. Hart considers it a gift to be able to enter once more into the creative process.

“At this point in my life, my ability to dance is diminishing,” said Hart. “Part of the problem is that I don’t have consistent work. Once you retire, you no longer have that sense of working daily and that workload. Any project that I am given, that I am able to engage with, that interpretive experience is a blessing and a gift. When I’m engaged in the creative process is when I’m most happy.” 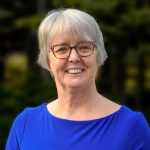