The Government of Canada has announced a five-year renewal of arts funding that had been set to expire March 31, 2010. A total of $504 million was committed over five years with the majority – $25 million per year – going to the Canada Council for the Arts, maintaining the Council’s annual budget of $181 million. The remainder of the funds will go to previously existing, rebranded programs focussing on cultural spaces, training, presentation and sustainability in the arts and culture sector. The announcement was made in Vancouver on June 26th by James Moore, Minister of Canadian Heritage and Official Languages, in an address to the Vancouver Arts Summit. 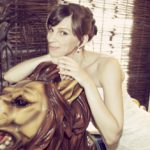 Tagged: All, Canada Council for the Arts, Finances & Funding, Uncategorized, BC , National