In light of extensive damage from the recent floods in Alberta, Calgary Arts Development (CADA) has been conducting an impact assessment on artists and arts organizations across the province.  The findings of these assessments were reported to all orders of government and key partners who have come together under the banner “Alberta Arts Rebuild” to address the unique challenges facing the arts sector following the crisis. On June 28, the Alberta Arts Flood Rebuild Fund was launched on InvestYYC.com. Suncor Energy Foundation made a lead donation and the Alberta Foundation for the Arts followed suit both contributing $50,000 directly to the fund, and pledging to match up to $50,000 in individual contributions to help Alberta’s arts community rebuild. Dance organizations have also been pitching in – The Alberta Dance Alliance has been collecting donations at all of its Feats Festival of Dance performances and on June 26, Calgary’s Hip Hop community organized a fundraising event. Numerous organizations such as Dancers’ Studio West have offered up rehearsal, performance and office space to flood-affected arts organizations. Learn more >> calgaryartsdevelopment.com 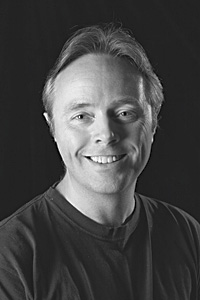 In other news, the School of Alberta Ballet has named Edmund Stripe as the organization’s new Artistic Director beginning in the 2013-2014 Season. Originally from London, England, Stripe worked with Ballet Gulbenkian in Lisbon, Portugal, London City Ballet, West Australian Ballet and Singapore Dance Theatre and in 2002 was appointed Ballet Master at Alberta Ballet. “We had a robust field of candidates from which to choose,” said Chris George, Managing Director of the School of Alberta Ballet. “But it was absolutely clear that Edmund brings a real passion and vision for the future of the School, as well as providing the continuity to build on the considerable achievements of Murray Kilgour.”  Learn more >> schoolofalbertaballet.com

By Naomi Brand
Read more by this author