Assessing risk is a curious proposition in the arts, as it’s neither scientific nor mathematical. It’s all about choice, and how, as a presenter, producer or curator, you balance those choices — the artists you work with, the audience you hope to attract, the venues you have at your disposal and the external circumstances all come into play.  From the audience side, there are few “sure bets” in dance presenting — you can make an educated guess how your public will receive different presentations, but you have to remain open to the surprises. Even revenues for The Nutcracker are hard to count on: if Mother Nature deals you a balmy December, for example, people may not be in the seasonal mood. That first snowfall can have a huge positive effect on the box office, but that’s not a risk you can predict. But bringing new ideas to your audience, encouraging them to take a risk with you, is a fantastic part of the job:  if you listen to and learn how to read your public, you can anticipate results with some confidence. And then your commitment to the work outweighs the risk of not pleasing everyone all of the time.

From the artistic side, risk can play out in a number of ways. Personally, I co-produce work that I may not see until it reaches our stages; or I present a full piece when I’ve only seen the first draft; and I bring artists who I know will push the boundaries of many people’s comfort zones. Sometimes the results are mixed, but I value the challenge and the confrontation:  and more often than not the results are tremendous, if for no other reason than the discussion and debate new works can ignite. It pushes the artist, and the art form, and can help define the original voice of the choreographer.

As a producer I try to be sensitive to managing the expectations of the artist:  I don’t want to push a square peg into a round hole, so to speak, by agreeing to bring a piece that I know is not going to “shine” in the venues I use. This is a tough conversation to have with an artist — I love this work I just saw in a funky European warehouse but I know it won’t make sense in a traditional theatre  — because inevitably the artist wants to adapt the work to make it fit.  If a realistic conversation can be had maybe a good solution will be found. But I have been in the situation where after the fact the disappointment is palpable. That’s a risk I’ve learned to mitigate over my years of producing dance, but sometimes it means walking away from a piece you adore.

Sometimes risk also means changing up how you present work, in a quest to both program outside the box and develop new audiences. We recently started a new event at NAC Dance called Face 2 Face — a week-long series of four small-scale works, loosely related around a theme and presented in repertory within a week — that takes place in two outside venues as well as at the NAC. We wanted to capture some of those “jewels” that we find in festivals and late-night venues that we hadn’t had a chance to program in the more structured series that we offer in the large, medium and small-scale halls of the NAC. We also wanted to provide a context within which to discover new voices, both for our patrons and for the artists we invited. Often artists don’t have time to see one another’s work, so a particular scheduling model had to be developed to ensure they could. Our expectations were modest and it was a risky proposition on many fronts. Would people come?  How would we explain this new format to our subscribers?  Would the alternate venues work for the artists? Could we create an excitement around a new kind of dance series?  After only two editions I’d say we’ve tapped into a new curiosity… people are very excited about the idea, we’ve embraced a new audience and now artists are writing to ask if they can be considered. Makes me think of that wonderful expression, if you build it they will come … sometimes that can also work for dance presenting!

For me risk is about shaking things up, demanding more from ourselves and our audiences … allowing artists to experiment and explore, pushing our presenting models to embrace new forms … and understanding the personal context in which we present and produce.  At the NAC we’re fortunate to have a variety of venues, and we’ve built a large public for different types of dance while striking a balance between known and unknown quantities.  And happily there are still many folks, young and old, who may love The Nutcracker — often their first entry point into dance — but who are willing to take the risk with us to journey from there to a more diverse dance experience.

We asked the question to artists and presenters across the country “How could dance presenters or curators better contribute to growing/enriching the Canadian dance milieu?”. Read what an articulate and brave few had to say in What would a presenter do?

What does “risk” mean to me? is the first in a series of features on presenting dance in Canada. 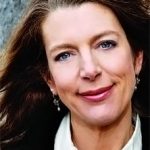 By Cathy Levy
Read more by this author

Tagged: Other, ON , Ottawa