In November 1989, Gregory Hines delivered a rhythmic love letter to Sammy Davis Jr. through the stage of the Shrine Auditorium in Los Angeles. “I feel so much love for you that I’m going to try and dance it out, for you,” Hines said to Davis, who was sitting in the audience. Then with his tap shoes as his pen, every word, every pause and detail of Hines’ tribute resonated through the venue.

The performance was part of Sammy Davis Jr.’s 60th Anniversary Celebration, a prime-time tribute to the Rat Pack member’s career in show business. It was one of Davis’s last public performances; he would pass away from throat cancer the following May. He couldn’t speak during the celebration as he was undergoing radiation. But something magical happened: Davis slipped on his tap shoes and joined Hines onstage.

What happened next is what Canadian tap legend Travis Knights describes as “a rhythmic conversation,” as Davis and Hines improvised intricate rhythms back and forth, accenting and enlivening the simple jazz piano melody being played. Knights watched the tape of that performance (originally broadcast in 1990) repeatedly, leaving him in awe of the art form.

“I had seen tap dance in the movies before, but what Sammy and Gregory were doing was different. It was alive, extra-dimensional,” Knights writes in an email. “We call it tap, but I think ‘the form’ that I’m enchanted by is unsayable. So a lot of my peers call it the DaNcE [sic]. It’s a secret language that can’t be described, only spoken through rhythm.”

At the time, Knights’ parents had put him in team sports, hoping to find him a hobby that would help him get over his shyness. The effort failed: hockey was “a nightmare,” he says, and baseball “a little bit better but also a nightmare.” (To this day, Knights says team sports are still alien to him.) But when he saw Davis and Hines tap together, his interest was piqued.

This was the first miracle in a series of many that Knights says defined his dance journey. The renowned Canadian tap dancer’s professional career started in 2000, when he was cast as a principal dancer in the film Bojangles starring Hines and Savion Glover. Two decades later, his name nearly rivals the acclaim of the latter legends; he’s worked with Warner Brothers, Cirque du Soleil, the 2010 Winter Olympic Games, Tapestry Dance Company, the Vancouver International Tap Dance Festival and more.

The second miracle was Knights’ introduction to Ethel Bruneau. When he asked his mother if he could take tap lessons, she started asking around to find a class for him. One of her friends suggested Bruneau – Montreal’s queen of tap – who wasn’t listed in the phone book. “I still remember the first lesson. I walked up these stairs as if I was ascending into heaven,” says Knights. “And this old Black woman from Harlem, New York, was teaching.”

The iconic Bruneau, also known as Miss Swing, has been tap dancing for more than 80 years and teaching for more than 60. She trained at Mary Bruce’s School of Dance from the age of three, where she grew up dancing with Hines. She came to Montreal in 1953 and never left, singing and dancing in dozens of clubs and making a name for herself before founding the Ethel Bruneau Tap Dance School in the early ’60s.

Bruneau considers herself a preacher, teaching the gospel of tap dancing to her disciples. In the same way Bruce taught her, Bruneau ensures her students pay reverence to tap legends before them, or the people “whose shoulders you stand on,” she said in an episode of Knights’ Tap Love Tour podcast (a passion project of Knights’ in which he interviews tap dancers from across the globe about the history and artistry of the style). Knights says that at his very first lesson, he learned about toes, heels and Bill “Bojangles” Robinson.

“It was unacceptable for [Bruneau] for any of her students not to know the names Bill ‘Bojangles’ Robinson, Henry LeTang, Jeni LeGon, Jimmy Slyde and Bunny Briggs,” Knights explains. “It was important to her that we knew what we were doing and why we were doing it.”

Bruneau made sure her students knew that tap was not just a practice but a distinct culture – more specifically, a Black culture.

To understand the history of tap, you have to follow the rhythm. It started with African religious circle dance rituals involving drums and a “rhythmic relationship to nature, each other and the divine, all interwoven,” Knights explains. When Africans were kidnapped, enslaved and brought to America, these cultural traditions had to be adapted. Drums were prohibited in the 1740s to prevent enslaved Africans from uprising, which forced them to come up with percussive substitutes.

This is when the rhythms became “corporeal,” Knights says, with music being communicated through the body: handclapping, patting the body and shuffling the feet. Around this time, West African culture converged with that of the indentured Irish in America, the African American Juba fusing with the Irish jig to produce the blueprint for tap: jigging. In short, tap was born from synthesis, but its growth was complex and divisive, inseparable from the historical context of racism, slavery and segregation.

Knights calls the history of tap “ground zero for appropriation.” An early example of this is the 1921 musical sensation Shuffle Along, the first Broadway show made entirely by Black creators and performers including composer Eubie Blake, scriptwriters Flournoy Miller and Aubrey Lyles and lyricist Noble Sissle. (In 2016, when the show was remounted, it was choreographed by Glover.) “It created what we know as the chorus line. It was a hit,” says Knights. “An all-Black singing, dancing show.” After its success, elements of the show were taken and appropriated by white creators, like chorus lines and jazz-inflected scores.

In this sense, the history and trajectory of tap mirror that of jazz. Knights explains that traditionally there was a “synergistic relationship” between jazz musicians and tap dancers in Black culture, which has disappeared as these elements were compartmentalized and appropriated. The culture survives through folks who were lucky enough to be taught by greats like Bruneau, he says. As one of her longtime students, Knights is positioned to pay respect to tap’s rich rhythmic history, which he hopes to accomplish through his upcoming show in September, Beyond Showbiz: Tap Dance, the Embodied Spirit of Black Improvisational Music.

Co-presented by the National Arts Centre and dance Immersion, Beyond Showbiz will feature Knights performing with live musicians, presenting a “folk approach” to tap. “It’s the difference between contributing to a vibe with other people versus pressing play and dancing over music that was made without you,” says Knights. It’s an emotional project for him; he is acutely aware of the history his steps carry and the impact they will make. Even outside of performance, Knights treats all surfaces as sacred, from the studio to the grocery store. “Wherever I go … I’m probably going to drop a rhythm and just check in with where I am sonically and contribute something loving to the space that I’m in,” he explains.

For Knights, a floor is not just a floor but an artifact, a historical record of the rhythms he’s tapped into it, communicated through marks and indentations. The memories are corporeal as well: “As soon as you hit your first tap on the ground, you hear how far the sound goes. You hear the quality of the sound; you feel in your body the resonance of the surface.”

In Beyond Showbiz, the past and future of tap will converge – Knights will be dancing on Hines’ personal wooden tap floor. “To step on the Gregory Hines floor and see the marks that he made,” says Knights, “it’s incredible.” For the precious floor to come into Knights’ possession, he says he had to “work up the nerve” to ask for it from George Randolph, the founder of Randolph College for the Performing Arts.

Through the synergy of music, dance, history and culture, Knights hopes to connect with his audience and that they will connect more with each other. “In this time of COVID, where we’ve been separated, in this post-George Floyd world, and Indigenous children are being discovered all over Canada … it’s incumbent upon us to ask the question, ‘Who are we to each other?’ ” Knights says. To him, dance has to be more than a transaction of paying for a ticket and watching a show; the audience needs to be engaged with their collective humanity.

Knights’ commitment to fostering critical dialogues through dance is clear in his upcoming performances. A month after Beyond Showbiz is released, he will appear in New Monuments, which, in essence, asks: “Whose shoulders does so-called Canada stand on?” Co-produced by Canadian Stage and Luminato Festival Toronto, New Monuments seeks to interrogate Canada’s colonial history and how the country reckons with it. Streaming on CBC Gem on Oct. 15, the performance will also imagine a future world “where racist monuments no longer exist, and where IBPOC art and activism continue to seamlessly intersect,” according to a press release.

“In this new civil rights movement that we find ourselves in, New Monuments is a work of art that uses movement to tell a story. It shows how the subjugation that’s happening now, is tied to subjugation that happened in the 1800s,” says co-curator Umbereen Inayet in the press release.

Knights says the story they’re telling is essential, and while he believes in the people he’s working with, he’s anxious to get the performance right. He feels the intent behind the project is genuine, but he’s also seen cultural institutions put out performances that feel like a “knee-jerk reaction” to show solidarity, a frantic effort to avoid getting cancelled.

He explains his concerns by referring to the phrase “Teamwork makes the dream work.” “Are we all dreaming about the same thing?” he asks. It’s a poignant question when activism these days toes the line between performance and performative, when centring an artist’s identity can be a slippery slope to tokenism. This is something Knights has experienced in the past and it disenchants him.

For Knights, the path forward in Canada’s reckoning looks like doing the work, researching and asking questions. He hopes people will push through the fear of not having all the answers and participate, working towards an understanding of who we are to each other. These conversations are the ones Knights pursues as a tenet of his main mission in dance: to convince not just the audience but also himself that everything’s going to be all right.

This article was originally published in the Fall 2021 print issue. 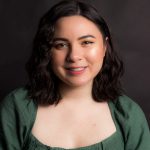 By Catherine Abes
Read more by this author