Toronto’s first snowfall of the season arrived just in time to welcome the November 10 opening night performance of The Winter’s Tale by The National Ballet of Canada. While frigid outside, the Four Season’s Centre for the Performing Arts buzzed with warmth and energy in anticipation.

Christopher Wheeldon choreographed and created The Winter’s Tale as a co-production between The National Ballet and The Royal Ballet. He brought the same team together from Alice’s Adventures in Wonderland to bring this story to life, with sets and costumes by Bob Crowley and musical score by Joby Talbot.

The original Shakespearean play follows the royal families of Sicilia and Bohemia through a tale of love and jealousy. The kings, Leontes and Polixenes, begin to fight after Leontes accuses his wife, Hermione, and Polixenes of adultery. Leontes rejects his newborn daughter, Perdita, and on his orders, she is abandoned. Years later, she grows to fall in love with Polixenes’s son, Florizel, before she knows the history of her own family.

The story remains a study in contrasts. Aspects of the ballet, such as choreography and sets, work together to show a clashing of themes while still maintaining a strong story.

The Act I set for the court of Sicilia comprises monolithic pillars and statues. The space feels stark and cold, as if a mask covers the underlying emotions of the characters. Throughout the ballet, the dancers of the court seem frozen like the statues around them. The King and Queen similarly freeze in moments of closeness, to capture portraits or vignettes of the emotions that are out of their grasp.

Act II turns the tide of the story, and introduces a small village gathering in Bohemia, sixteen years later. The vibrant set features a magnificent, ornamented tree. The enchanting atmosphere glistens with joy while the villagers celebrate spring. They leap, pirouette and weave through each other to move as an organic group. The statues of the court are non-existent here, as the people live in delight and freedom rather than overcome with a need to project falsely. The whirl of movement swells with the steady stream of port de bras. The dancers inject the traditional steps with a unique touch, from the way they walk to the bend of their wrists.

While at first glance Crowley’s simple costumes are underwhelming, the colours draw the audience into the story and minds of the characters. We see Leontes (Piotr Stanczyk) shift from green jealousy to black sorrow. Hermione (Hannah Fischer) begins in vibrant purple and changes to innocent white when she is wrongly convicted. Only Polixenes (Harrison James) remains static, clothed in a red that shows both his passion and quick temper.

Stanczyk creates a hardened, obstinate Leontes. The audience gets the chance to peek into his mind as he dances with low, creeping movements. Stanczyk contorts his arms into sharp angles and his untameable anger becomes evident through use of kicks. Seemingly innocent exchanges between Hermione and Polixenes spark an unsettling jealousy in Leontes. Talbot’s music magnifies Leontes’s sharp edges and draws the audience into the dark corners of his personality.

Fischer’s Hermione and Xiao Nan Yu’s Paulina create a lovely friendship. Yu moves with beautiful control and precision, which brings a solidity to Paulina’s support of Hermione throughout the ballet. Fischer dances with a light touch, and seems to float in her white dress even through accusations of adultery and treachery. She remains dignified even with the burden of sorrow she experiences over the loss of her family, until she seems to weep and break down once the one she loves treats her so hatefully.

In contrast to the dysfunctional relationship of her parents, the now grown up Perdita (Jillian Vanstone) and Prince Florizel (Naoya Ebe) love each other without jealousy. Vanstone seems made for the role of Perdita as she shines with energy and a carefree nature. Ebe moves with strong lines, and complements the spirited Perdita. Vanstone steals glances with Ebe during a pas de deux and their dance slows, adopting a more tender and romantic feeling. Vanstone provides a welcome breath of fresh air and the sharp edges of the more harrowing first act vanish.

Wheeldon’s ballet shines in its storytelling through dynamic choreography and use of colour. However, due to a too heavy hand with projections (such as scenes of trees, snow or the change in seasons) the lack of real set pieces leaves the stage feeling empty. This three-act performance tells a complex story and yet could still be condensed in some places.

Nonetheless, The National Ballet delivers a vibrant performance of Wheeldon’s invigorating ballet, with a strong cast of dancers bringing his choreography to life.

The National Ballet of Canada performs The Winter’s Tale from November 10 through 19 at the Four Seasons Centre for the Performing Arts, Toronto. 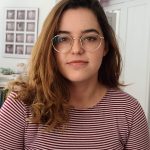