On October 12, 2017, Cirque du Soleil’s cast of VOLTA collaborated with Canadian acrobatic dance studio Acrobatic Arts to provide a behind-the-scenes look at what it takes to be a circus performer. The event brought together local students and educators to learn valuable tools for helping aspiring performers understand the rigours involved in the circus arts. Artistic Director Michael Smith and Assistant Artistic Director Johnny Kim opened the event, touching on topics accentuating Cirque’s position as an adaptable company that encourages creators to expand their mastery.

VOLTA includes the addition of acrobatic action sports, which have never before been featured by Cirque and which target a new audience by blending traditional circus arts with sports like parkour and freestyle BMX. With these new foci, bodily demands on the performers also shift. Coach Marshall Nelson has been a fitness trainer at Cirque for more than nine years. He highlights that “professionals understand their bodies. A gruelling schedule of 350 shows a year, often with ten shows a week, demands the body undergo consistent monitoring for optimum results.” He stresses the importance of communication with the performers: “We converse with them on a regular basis and educate them on techniques to unload specific parts of the body to negate exhaustion.”

Jeremy Fred Rice is VOLTA’s on-board physiotherapist. His role is paramount in helping artists maintain their bodies for consistent performance. He mentions Cirque’s favour for taking into account an artist’s interest in performing other roles in the shows. “Performing artists at Cirque come with a certain training background and are hired for a specific skill. The training process leads towards expressing, transforming, growing and expanding into different areas. Our role is primarily in studying divergent mechanical aspects of distinct artists as the body changes when adapting to an unfamiliar technique or style,” he says.

Similarly, Kim describes how Cirque’s training shapes athletes, gymnasts and acrobats into artists who find intention behind their talents while sharing with an audience. “Both dance and acrobatics are restructured in a way to enable thematic vision, based around storytelling,” Kim explains.

The subject matter of VOLTA is key to understanding the physical demands of the production. The main character, Waz, played by Newmarket, ON, native Joey Arrigo, finds respite from the everyday world in uncomplicated freedoms he remembers from childhood. “Cirque tests its participants in all areas of dance and acrobatics,” Arrigo explains. “I am exploring myself as an artist within Cirque, as dancer stepping into a role and transitioning into an actor.” Arrigo describes acting as “a feeling that makes a character real,” explaining, “I find magic in acting without actually having to say words out loud, by looking into an audience’s eyes and having a literal conversation with them through movements and expression.”

Arrigo performed an excerpt from his finale piece to conclude the event, and his address also meshed with the larger story VOLTA tells, a young man learning to embrace his differences in a fantastical take on the modern world, complete with smartphone addiction, social media and the desire for instant fame and popularity.

VOLTA is Cirque du Soleil’s forty-first production since 1984, their eighteenth show presented under the Big Top. 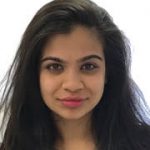 By Megha Chatterjee
Read more by this author

Tagged: Circus, On the Ground, All , Toronto