November 21, 2018, The Four Seasons Centre for the Performing Arts, Toronto

In the face of deeply contrasting movement, staging and storytelling, The National Ballet of Canada (NBoC) offered audiences a stimulating mixed program. The Dream and Being and Nothingness, though incongruous, achieved an expansive and satisfying unity: the two works presented equally compelling visions of human experience.

Inspired by Jean-Paul Sartre’s modern philosophical masterpiece, Guillaume Côté’s Being and Nothingness (first presented by NBoC in 2015) gives corporeal weight to the stark ordinariness and analytic depth of existential responsibility. Meanwhile, Frederick Ashton’s 1964 adaptation of Shakespeare’s A Midsummer Night’s Dream basks in the sensual pleasure of idealized human action. At first Côté’s project feels more important and lands more powerfully in light of the urgent political activism of the years since its premiere. Yet the cultural context of The Dream’s 2018 revival also accentuates Ashton’s very different mission: to enact, through dance, a pure nostalgic escape. Neither ballet offers definitive answers to the other’s questions about art, life and the imagination, but each is more fully realized as a result of their pairing.

In the opening solo of Being and Nothingness, Greta Hodgkinson mirrors the lone light bulb dangling above her: it is as if her head is a dead weight, while her limbs twist and curve into a slideshow of agonized forms. In one moment, her bent arms frame her face as her fingers twitch; in another, she hunches her back, pauses for a beat and jerks forward; in yet another, she clutches her head and collapses to the floor. In conjunction with Michael Levine’s no-nonsense set design — a bed, a door, a sink, a small hanging mirror and other everyday objects — these motions reminded me of hours spent pacing my plain, boxy apartment, enraptured by a tough problem. This muted yet relatable backdrop is buoyed by the costuming of simple undergarments and mid-century street clothes and by pianist Edward Connell’s dynamic performance of compositions by Philip Glass.

Following Hodgkinson’s solo, Côté’s talent for chaining tight packets of charged motion is extended into Kathryn Hosier and Félix Paquet’s vigorous, libidinal frolicking in the sexually charged sequence “The Bed,” as well as the punctuated tapestry of everyday romance danced by Chelsy Meiss and Jack Bertinshaw in “The Door.” But the most memorable parts of Côté’s choreography highlight the awkwardness of living in human skin, as in Hodgkinson’s simian combinations of wide flat-footings with long, rounded arm motions or in her and Ben Rudisin’s forward-tilting, wobbling stagger. While all of the ballet’s dancers accomplish virtuosic lifts and leaps, these moments of utter strangeness are most crucial to Being and Nothingness’s physical and intellectual rhythm.

From the first note after intermission, it was clear that The Dream would offer something completely different. David Briskin’s orchestra opens the production with Mendelssohn’s engrossing overture, plunging the audience into a grand and whimsical soundscape perfectly suited to Shakespeare’s beloved tale. The revelation of the set (designed by David Walker) brought gasps of its own. Saturated with lushly painted blue-green foliage, moonbeams peeking through a midnight canopy and the subtle swelling and fading of a red-orange moon, the scene is both boundless and miniscule, as if torn from a children’s fairy book.

Where Being and Nothingness draws out a tumultuous meditation, The Dream is a rush of imaginative storytelling: related episodically through mime and rapid musical transitions, the ballet is taut and to the point, while also packing in every possible delight. Among its strengths is its range of characterization, with the clockwork interactions of the story’s four hapless lovers feeling almost alien amid its mix of wild and divine creatures. Joe Chapman’s performance as the donkey-headed Bottom is an obvious standout. Comically stomping and trotting in rarely seen and strikingly hoof-like men’s pointe shoes to rollicking brass accents, Chapman’s motion is both monstrous and noble — though more in the manner of a horse than a man, especially as the magisterial Titania (Jillian Vanstone) leaps intrepidly onto his stiff, flat back.

Though James and Vanstone exemplify the surreal timelessness that earns The Dream its title, the ballet is summed up by Campbell’s repeatedly squaring his arms in what is at once a shrug and the weighing of all things. It is with this gesture that The Dream takes its place as both antidote and complement to Being and Nothingness’s visceral hand-wringing over the special state of human existence. Together, they capture the balance of responsibility, acceptance and joy we must all strike as our bodies act in the world. 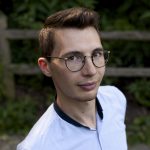 By John Nyman
Read more by this author