Enchanting and dazzling are the first two words that come to mind to describe The National Ballet of Canada’s (NBoC) winter mixed program. Opening on March 1 at the Four Seasons Centre for the Performing Arts, the production of four different ballets took the audience on a delightful romp that included the ballet fireworks of the nineteenth century’s classical Paquita and the 2017 jewel The Sea Above, The Sky Below.

It was a daring decision to open the program with George Balanchine’s monumental Apollo, with its immense technical challenges and direct presentation. This 1928 work is the first collaboration between Igor Stravinsky and Balanchine. It brought Balanchine international acclaim and remains one of the pinnacles of twentieth-century ballet for its restraint and simplicity.

Like a composition by Mozart, what makes this ballet so difficult for the dancers is the purity of expression. Every artistic element was thoughtfully chosen to create polished elegance — from the clean white lighting, to Stravinsky’s lightly dissonant score, to the rehearsal-like costumes of dancers. With minimal distractions from sets and props, there is an intense focus on the dancers, and the NBoC lived up to this challenge.

As if looking into a kaleidoscope, the audience was entranced as the dancers moved from one exquisite shape to another, continuously piquing our interest with a new, crisp formation. One of the most visually striking moments is the opening. A spotlight illuminates Tanya Howard, who is seated on a platform and performing a radiant port de bras. She brings a rawness to Leto, Mother of Apollo, as she rotates her torso in a circular motion, while tossing her long hair in front of her. Brendan Saye brings noble refinement to Apollo, carrying graceful yet stoic qualities to his movements, particularly during the pas de deux with Terpsichore (Heather Ogden). As one of three muses, Ogden adds a softness to the work.

The opening of this pas de deux showcases the cinematic aspects of Apollo: we see two dancers pose, facing away from each other, with only their index fingers touching. The ending has a similar photographic quality with all four dancers staggered along a set of stairs, creating a diagonal line as they dramatically lunge forward in frontal profile, facing the audience and extending their arms toward each other.

Choreographer Julia Adam’s Night (2000) was the perfect contrast to Apollo and had the audience in a dreamlike state. The first notes of the orchestral score, by violinist and composer Matthew Pierce, set the tone with a twinkling music-box motif. Pierce’s score later incorporates a pop music flare with driving rhythms that propel the striving quality of Adam’s choreography.

The ballet speaks a distinctly modern language; there’s a continuous buzz of activity onstage as the corps leaps and twirls, while a sleep-deprived boy (Skylar Campbell), adorned in a blue dress shirt, seems to function in his own lonely bubble. Campbell combines a yearning quality with youthful energy. This was the NBoC’s premiere of this ballet, and it resonated with the audience, who met it with enthusiastic applause.

The Sea Above, The Sky Below (2017) also struck a chord with the audience: the work carries a poetic title for what is perhaps the understated climax of the entire program. As with Apollo, every element of artistic expression merges together — the result, in this case, is poignant romanticism. The opening is breathtaking with a single golden light placed on the floor mid-stage. Ogden, dressed in a knee-length apricot tulle gown, gracefully glides across the stage against the National Ballet Orchestra’s sensitive interpretation of Mahler’s Symphony No. 5, Adagietto. Ogden and her two male partners, Harrison James and Félix Paquet, convey warmth through a gentle command of the stage and sweeping arabesques.

Entering the world of Imperial St. Petersburg, Paquita is the champagne of the evening, leaving everyone bubbling with excitement. In the NBoC’s production, choreographer Christopher Stowell offers a delightful adaptation based on Marius Petipa’s 1881 version. The vivacious energy of this piece never stops, and it builds to a thrilling final scene. Even the costumes by José Varona project this sunny, spirited feel, with the corps dressed in bright orange, Spanish-inspired tutus.

My admiration for the athleticism of the dancers increased with each number. Emma Hawes’ performance in the second variation stood out as effortless as she bourréed across the stage, while Ogden brought confidence and control to the third variation. It was awe-inspiring to watch Francesco Gabriele Frola’s buoyant leaps across the stage, and Jillian Vanstone stunned the audience with her fouetté turns. Music Director David Briskin led the orchestra in an arousing accelerando as the dancing onstage concluded in a dizzying flurry of movement.

The production left me with an immense appreciation for the versatility and expressive capabilities of ballet. It was fascinating to see the transformation of ballet through time, with each subsequent piece offering a new perspective on the art form. Yet, in the end, what has not changed is the power of storytelling through movement. The sparkling program of ballet jewels took the audience on a journey of grandeur, dreams, love and virtuosity.

The mixed program runs from March 1-2 and March 20-21, 2019 at the Four Seasons Centre for the Performing Arts in Toronto. 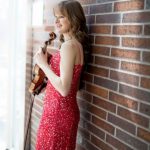 By Leslie Ashworth
Read more by this author