If you were to walk down Dovercourt Road in Toronto on a Saturday night pre-pandemic, you may happen upon a 108-year-old four-storey brick building just north of Bloor Street West. The large windows would be a glowing beacon. If you looked up, you’d see many bodies swaying to a silent beat through the panes of glass. Inside, people from across the city and beyond were dancing.

Earlier this month, the three dance companies released a statement that Dovercourt House dance hub has been forced to close after more than 20 years. They call the closure “the city’s latest cultural casualty,” following Dancemakers’ November 2020 announcement that it will close its studio doors in July 2021. This loss is deeply felt by not only professional dancers but also social and recreational dancers alike; thousands of dancers from all walks of life were able to find dance as a pastime and saw the hub as a haven for freedom and self-expression. Dance organizers estimate that more than 10,000 people passed through the Dovercourt House doors annually. Now, the companies and organizers who could offer affordable options to their communities (because of their own low rental costs) have the difficult job of finding a new home amid rising rent costs in Toronto, compounded by the uncertainties of the pandemic.

Dovercourt House was practically made for dancing. The building was constructed in 1913 by the International Order of Odd Fellows to serve as a fraternal lodge. It was a synagogue from 1944 to 1965, and the second floor was used for bar mitzvahs. Its ballroom floor, laid on horsehair, is one of the original sprung floors in the city. At that time, the first floor and basement were rented out by a furniture store and were overflowing with items that needed repairs. It turned out to be an idyllic place to dance. It has large windows, 15-foot ceilings and nice wooden floors. Healthy, vibrant, natural, organic and beautiful are a few words dancers used to describe the building. It was also affordable to rent, an increasing rarity in Toronto. The amenities were ideal for renters, with washrooms on every floor, kitchens and the close proximity to the Ossington subway station.

In March 2020, Dovercourt House closed down and stayed that way for most of the past year. Andy Haslett, the former leaseholder, had secured assistance through the Canada Emergency Commercial Rent Assistance program, but he recently told BlogTO that it just didn’t make sense for him to continue the lease with COVID-19 restrictions still in place.

Azhwan Mando is one of the organizers who now has to find a new spot. He has been running Toronto Salsa Fridays since 2015 and says that the benefit of Haslett’s low rental fees trickled down to social dancers who came to dance on weekends. “On Fridays, it’s a fantastic deal compared to anyone else,” says Mando. “The leaseholder said, ‘Whatever you guys can pay, that’s OK with me.’ That kind of attitude.”

Mando also says dancers at the Friday night salsa classes were often university students and other low-income people. “They don’t really have much money, so all they can afford is maybe paying $5 for a class,” he says. “That’s also why the community was so big. Four floors, each one of them with 250 capacity, all full. And there was a lineup at the door for people waiting to get in.”

So where will all those dancers go? “I’m working on it,” Mando says. “To be honest, all our team, we have like, over 12 people right now actively working to finding a suitable replacement.”

The closure was also a shock to Allen and Karen Kaeja, artistic directors of Kaeja d’Dance. Allen was first introduced to the building in July 2000 and immediately knew that it had the potential to become the dance hub that it did. The two made calls to dance groups in Toronto and within a month, they had the top two floors leased for five years.

From Monday to Friday, 9 a.m. to 6 p.m., Kaeja d’Dance and princess productions rented the second floor, with CORPUS on the third. The three companies were the foundational tenants. By 2006, in order to make the studios accessible and affordable to the community, the Kaejas were renting theirs to Canadian Alliance of Dance Artist members for only $11 per hour. “To our knowledge, it was definitely one of the cheapest, largest, highest-ceiling spaces, with a natural sprung floor, ballroom anyway, in the city,” Karen says.

Eventually, Haslett started to run the evening and weekend rentals, specifically reaching out to social dance groups who needed rental space and venues. Allen says that by 2010, it was a hopping building that was all dance. “That was due to the really beautiful nature of Andy,” Karen adds. “He literally poured sweat and love into that building.”

The building was also a strong community centre. Sarah Jones is a filmmaker who started dancing at Dovercourt in 2013. She first went to The Move, advertised as “a meditative, playful, transformative and ecstatic dance event.” She really wanted to dance, but she was shy. Part of her wanted to be seen, but she was afraid of being judged. So for the first month and a half, she just sat in the back of the room and stretched. Eventually, she realized people were just there to dance and she found the courage to join in. One transformative moment came a few months later: she was lost in her dance, eyes closed. “I looked around and this circle of people had formed around me. They were giving me space and holding my dance, and they were smiling,” Jones says.

After hearing about the closure, she created a video tribute to the hub, featuring dancers who had also fostered personal growth there. “It really came from me processing the grief of losing the Dovercourt House as a place for dance,” Jones says of the short film. It was well-received by dancers all over the city, who hadn’t been in the building for more than a year and had to say goodbye from their homes.

“The message I received over and over again was, ‘Thank you for this film because it’s brought back so many memories and I get to see Dovercourt House again through the images,’ ” she says. After thanking Jones for making the film, one YouTube user wrote, “The news [has] reached me here in Germany and even though I was not able to come to Dovercourt House since I moved from Canada this feels like a loss to me.”

Another dancer saying goodbye from home is Jonathon Neville. He has danced at dozens of venues in Toronto but says the variety of dance styles and levels of expertise available on any given night made Dovercourt House stand out. “Lots of other places you’ll go, they’ll be purely professionals or purely recreational dancers,” he says. “But Dovercourt was a definite mix of dedicated artists, people just discovering dance for the first time and everything in between.” A dancer devoted to one practice may hear music coming from another floor, peek their head in a doorway and soon enough be involved in that dance style too. In Neville’s case, he started out doing contact improv and later got into swing dance.

Robert Sauvey is the executive director at Dance Umbrella of Ontario (DUO), a not-for-profit provider of management services to dance enterprises. He says that the loss of multiple dance spots in Toronto this past year is a bigger community discussion. “I don’t think DUO or any dance company can work in little pockets or small groups to solve this,” Sauvey says. “There’s an actual problem of dance space. I know my board is incredibly worried about this for the whole dance sector.” He says he is having discussions at the federal, provincial and municipal levels. “There has to be places for dancers to dance.”

“In Toronto, land values are through the roof. As a city, we have to make space for the artists; that’s essential,” he says. “You can’t tout the cultural offerings of a city if the artists move out because it’s too expensive.”

Sauvey isn’t the only one who feel this way. Some social dance organizers that rented space at Dovercourt House are organizing to find a new home. They’ve created a petition, which reads: “Toronto needs a permanent, dedicated, wheelchair accessible centre for dance that is safe from changing management, ownership or development.” As of mid-March, the petition has more than 500 signatures, and it’s meant to show the support from the community for a new secure home for dance in Toronto.

In an email to The Dance Current, the new Dovercourt House leaseholders, who go by the name Dove House, wrote: “When our group took over the lease at Dovercourt House, we were not aware of the existing situation regarding the displacement of this long standing dance community. From the moment this was brought to our attention, we have been in talks with the former tenants in order to find a solution. We’re doing our best to work it out.”

The Kaejas say they are part of these discussions and that the new leaseholder is a “community-minded person.” But the future is still uncertain. “We’re in total limbo and it’s pretty painful,” Karen says. “Those walls were like the brick and mortar of my soul for 21 years.”

She’s also experienced how those walls have affected other souls: “We’d talk to people that were not part of the dance community, and they’d say, ‘Where’s your studio?’ And we’d say, ‘It’s in the Dovercourt House,’ and they’re like, ‘Oh, I go there every Friday night!’ ”

This latest loss of a creative temple that provided such warmth and community for thousands since 2000 is acting as a catalyst for change. The closure has sparked conversations in many dance communities about the need for an accessible and protected dance spot in Toronto. Amid all this uncertainty, one thing is for sure: dance communities — social, professional and otherwise — are not giving up hope on the totally unassuming Dovercourt House just off of Bloor. 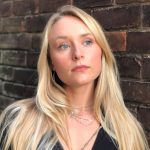 Tagged: All, ON , Toronto