“New Yorker. Dancer. Choreographer. French. Canadian.” Dylan Crossman’s Instagram bio succintly sums up his identity. Son of a former professional hockey player from Canada, he grew up in the south of France and trained at Trinity Laban Conservatoire of Music and Dance in London. After two years in the Repertory Understudy Group, he joined the Merce Cunningham Dance Company in 2009 and danced in the Legacy Tour. He is a featured performer in Alla Kovgan’s 3D film Cunningham, which premiered at the Toronto Independent Film Festival in early September 2019.

Dance scholar Selma Odom spoke with Crossman by Skype a few weeks after attending the thrilling four-hour rehearsal that ended in the first leg of his residency at Ryerson University’s School of performance.

Selma Odom How do you tie what you do together – staging, still dancing, choreographing?

Dylan Crossman For me, all the elements are a part of what makes me who I am, as a person, as a dancer, as a teacher, and they are indistinguishable. I don’t think I can be as good a teacher if I wasn’t also dancing, and I think that dancing has informed my teaching. Working with children and adults using Merce’s principles and conflict resolution, working with university students, teaching at City Center where the Cunningham Trust has a daily class, making my own work – all that informs who I am.

SO It fits together, and you are able to coordinate these responsibilities.

DC Yes, and I love sharing Merce’s work and Merce’s philosophy because it worked for me as a dancer and made me a better person. It made me into, I think, a good choreographer, so I want to share it because I believe in it. I believe in the technique, in the work, in the philosophy. This man has changed my life. If I can touch the lives of a few others with what I have learned from him, and then after him, then that’s great to me.

SO How did you decide on the version of Changing Steps you’re doing for Ryerson?

DC The thing about Changing Steps that is so rewarding for students is that it’s all these separate elements that can come together however the stager chooses. What’s great is that they get to have a solo, or they get to have a duet, or they get to have a trio. It’s a piece that is able to feature each individual student better because it’s built into the way the piece is made. Everyone has a very specific role. It is not a big group piece, and because it makes each student more visible, it gives them more responsibility and more ownership of the work. That is a very important part of Merce’s work, at some point you have to make it your own.

That’s something that was very clear in the company. You didn’t have to do the steps like anybody else. Merce was interested in each individual doing the steps in their own way. For Merce, each dancer was like a problem to solve, you know, like an equation. Who is this dancer? How do they work? Do they move fast? Do they move slow? Do they have long arms, or long legs? Nancy Dalva, who’s a writer, once told me that she had a conversation with Merce about me, and he said the first thing he noticed was that I had long arms.

The other thing is, because it has such small groupings, Changing Steps is great for students because they all learn everything. They have more exposure to the work and even if they end up not doing a specific part in the show, they’ve learned it. I think the first week, everyone learned everything, all the solos, men and women, everyone learned all the duets. And they also learned from learning, and they learned from doing it with different partners, and they had to adapt and answer certain questions. So it gives them more time to understand the work and more opportunity to physicalize the work, and it gives me more of a chance to see who they are in the work, therefore to decide who would be better suited to what part.

The other thing is space. That’s a simple fact that you have to take into consideration, and also playing with the “lot of” and then “none of.” There is this moment after all these dancers run on and do this short little section where one dancer is left alone. All of sudden we just see the space that we hadn’t seen; we’d seen the movement. We see the space and we see this dancer alone. I love that in Merce’s work. It’s fascinating. It’s not sad. There aren’t any feelings attached to it, but there is a body that is left alone in a space previously occupied by all these other bodies. That says something. That’s some kind of drama, in a non-linear, non-dramatic way.

SO You had two weeks with the dancers. I’m curious if they moved that whole time with the kind of intensity I saw in rehearsal the last day. They must have been interesting for you to work with. Pleasing, I’d think.

DC Absolutely, they were. This is a super rewarding part of the job. When it works, when people get it, it’s wonderful and the body changes because of the work. Because you don’t resist the work, you give in to the work, and you discover so much about yourself. The thing that I found is you just have to keep going. I think that some days it was a bit intense for them because they were getting tired. We worked Monday through Saturday. They only had one day off, and every single dancer in my piece was also in another piece. They had classes and academic subjects in the morning. It’s insane. But you don’t think about it. You just do the work, you come in and do the work. I tried to be respectful yet demanding of them, because I’m doing no one a favor by not demanding everything I can.

This is another way of sharing the Cunningham life or reality. When you were in the studio with Merce Cunningham you gave it your all, all the time. I remember when I became an understudy in the first three months my body was in shock, and my brain. I had to come home and sit in the bathtub for an hour and go over the steps that I’d learned while trying to relax my body somehow. But I think that’s what’s so rewarding yet so challenging. It really is a work of the body and of the mind. You can’t just zone out. You can never zone out. You never know the piece so well that you can be absent. I think that is one of the beautiful, beautiful things about Merce’s work. You always have to be present. He allowed for the presence to be whatever it was that day. You’re happy, you’re sad, you’re angry, you’re frustrated – whatever it is, use it. Do the steps but do them with how you are that day. I think that is why the beginning of class is set, because you don’t have to use your brain. You know the exercises. You just check in with your body. So, it’s a time for you to assess where your body is at that day, let go of the outside world, and zone in on your practice. It’s really a practice.

Basically, I did not give them the chance to let go or be tired. That first week I was dancing the whole time because I like to demonstrate, because it’s in my body, so I’m doing it with them. They respect me because I’m doing it, and I can do what I’m asking them to do. I’m showing it over and over again and I’m doing it with them. It’s more like a communal experience, which is interesting because historically Changing Steps was the first thing that you learned when you became an understudy. You learned all this material. Changing Steps is something that was passed down from dancer to dancer over the course of the years, and there’s that whole richness there of a community, of something that is transmitted from body to body.

I think they were surprised. This is another way to create responsibility on their part and ownership. Like, what do you think? Do you think you should be more downstage or upstage? If you need to take a step to the left, do it. That’s fine. It’s a dialogue between me and them and the steps, which is also quite wonderful because I don’t come in like the person who knows it all. I know a lot of it, but the spacing and timing we figure out together, and it forces them to put themselves in the work, which is what we want.

SO Did you get a sense of what the experience meant to the Ryerson dancers?

DC I think because it was so intense, such a fast process, and because I was dancing a lot with them, I feel very close to them, even though I’ve only known them for two weeks. It’s crazy what we did. We did this together. They could not do it without me and I could not do it without them. It’s like they’re the work. The dancers are the work. Every single person in that room was with me 100 per cent and that was amazing.

~
This is an accompanying Q & A to Celebrating Merce, a special feature originally published in the March/April 2020 issue. 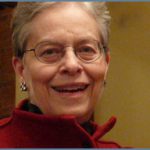 Tagged: Modern, On the Ground, ON , Toronto