Up until my departure from the company on July 31, 2014, I continued to support the implementation of the model; this included sitting on the search committee for the new curator. We learned a great deal about the model during this process, both its opportunities and its challenges. Wonderful candidates came to the table but the committee decided to relaunch the call because it recognized that the position required a full-time commitment.

This process is currently ongoing but I am no longer involved.

Now that I am gone from the company, I’d like to talk about the circumstances surrounding my departure. My original succession plan was a two-year proposal. This was outlined in the company’s public funding applications for 2014-2015 and included as part of the IPH model rollout. In year one, I was to remain as artistic director and work closely with the new curator in a spirit of discovery and transition because so much of the model was an invented space that had little precedent. This was very exciting to me as an artist and leader. During this time I was also to hold the role of RA. In the following year, I would relinquish the artistic director role and continue as RA while the curator would act as the company’s lead artistic voice. This would have marked my tenth and final year with Dancemakers.

On April 8, 2014, I was told that the board of directors had unanimously decided not to renew my contract as artistic director because it wanted to accelerate the implementation of the IPH model in order to build on momentum generated by the announcement. (Considering that the public announcement had only been made a week earlier on April 3 and that the decision to not renew my contract was made in January or February, I remain confused by this statement by the board.) The board also indicated that, because of the large cut from the Canada Council and being placed on “fair notice,” it needed to show deeper and greater change within the company earlier than anticipated in order to reduce the possibility of future reductions. The board also offered me the position of RA, which I eventually declined, feeling that if I wasn’t welcome to implement the artistic model as I had designed it, then I needed to make a clear break.

Just prior to my departure, the company received its funding results for next season. Once again, they were all over the map: the Toronto Arts Council increased its commitment, the Ontario Arts Council reduced its allocation and the Canada Council, whose previous reduction, in my mind, had instilled the fear at the board level that had led to my eventual non-renewal as artistic director, was sustained, neither reduced nor increased. None of the juries knew of the changes in my relationship to the company when they met to adjudicate our file, so their evaluations were based solely on the IPH model as proposed, including my continued role in its early implementation and discovery. So what does this say about the board’s decision not to renew my contract in the leadership position as planned? Were they being overzealous in choosing a route that did not involve me in conversation so that we could address concerns with transparency in a collegial spirit of collaboration? Did they apply the hard-and-fast binary rules of for-profit thinking to a field that does in fact place as much, if not more, value on the human beings at the core of the organization, while still working on and deeply valuing impact? Why did the board express nothing but unequivocal support for me and my vision when the Canada Council cut our funding, only to turn around, nine months later, and change course without consulting me?

There is no way, had I stayed on at Dancemakers as planned, of either anticipating negative outcomes or promising positive ones, but in a field that is dedicated to cultivating rich human connections in a complex system of unknowns, I think it would have been a safe bet to give me the benefit of the doubt.

Despite the fact that the silver lining of this entire fiasco has yet to materialize for me, I remain committed to the values and potential behind the IPH model and wish the company well as it continues to forge, as it has for forty years, a new state of becoming. 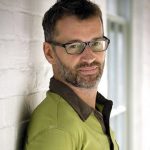