May was Asian Heritage Month in Canada and Festival Accès Asie in Montréal programmed a month-long festival celebrating Asian-Canadian contributions to Canadian culture.

Artists from different disciplines, including dance, film, visual arts, music and more were invited to present their artwork all across artistic venues in the city. These included La Sala Rossa, where a Middle-Eastern Dance Competition featured dancers of all ages and origins; Studio 303, where a dance performance series named QuébéAsia took place; the MAI, where different filmmakers presented their work; and many more.

The festival offered a glimpse of different Asian cultures, ranging from traditional to contemporary expression. These celebrations allowed artists from Asia, those who are inspired by Asia, and anyone interested the opportunity to meet and share. 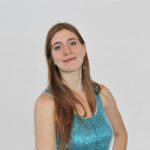 By Isabelle Gagnon
Read more by this author