As a dancer trained in the classical Indian dance style odissi, Supriya Nayak is used to a fairly formal interaction with her audience. She presents traditional repertoire such as ashtapadis from the Gita Govinda, eight-line verses that make up the poetic work celebrating the love of the Hindu god Krishna and his beloved Radha, in a traditional performance space — theatres with clear demarcations between the stage and the audience.

In the fall, Brandy Leary asked Nayak to participate in the December launch event for Contemporaneity, a multidisciplinary series that seeks to recentre understandings of the contemporary away from European or white American assumptions. The invitation to present a short five-to-seven minute piece that would change the way an audience looks at and interacts with her work encouraged Nayak looked deeper into her own craft. She had been rethinking her relationship to the Gita Govinda for some time, asking her gurus to teach her pieces from the odissi canon.

“For every odissi dancer, the Gita Govinda is one of the most important texts. I have been trying to read it on my own, working with translations. It’s a devotional text, but it’s also a love story about a relationship between two people. With Indian classical dance, sometimes there is so much emphasis on the beauty and intricacy of the movement that the material gets lost,” says Nayak. Her presentation for the Contemporaneity launch involved repeating a few lines from an ashtapadi, with and without music, performed in an open space, surrounded by her audience. “There was the intimacy of a conversation between friends, which is about love. It was almost like I was in practice.”

Challenging existing definitions of contemporary dance is one of many mandates behind Contemporaneity, which co-organizers Leary and Soraya Peerbaye describe as a two-year-long project during which they will curate performances, orchestrate mentorships and spark conversations between different members of the Canadian dance community.

The project came out of a moment of frustration for Leary, a choreographer, performer and artistic director of Anandam Dancetheatre. Trained in the Indian art forms of Seraikella and Mayurbhanj chhau dance, kalaripayattu (martial art) and rope mallakhamb (aerial rope), among other art forms, Leary regularly challenges western concepts of dance.

“Contemporary dance implicitly and explicitly denotes lineage from white North American, European concert dance. Everything else gets defined as other,” says Leary. Meanwhile, dancers such as Gitanjali Kolanad, who performs a traditional repertoire of Indian classical dance bharatanatyam, and Chandralekha, who was heralded for breaking the bounds of bharatanatyam, are both considered contemporary dancers by their peers, Leary points out. 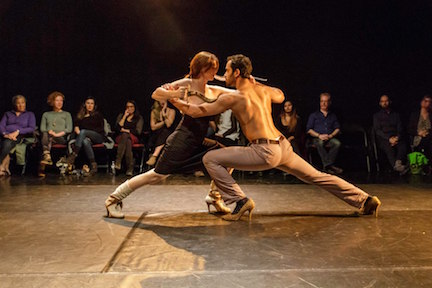 For Peerbaye, a writer, curator and arts consultant who is passionate about issues of equity and diversity, and who approaches the discussion through the lens of policy and programming, there was a sense of wanting to move beyond the question of representation on stage, and challenge assumptions instead.

“What we think dance is, what dance should look like, who should be dancing, where they should be dancing – unless we start unpacking some of these, we won’t get anywhere because we will be replicating the same criteria on different bodies,” she says, making note of the groundwork laid by dance companies and artists such as Menaka Thakkar Dance Company, Ballet Creole and Denise Fujiwara.

Besides showcasing performances that foreground non-European dance forms as contemporary “without apology and without explanation,” says Peerbaye, Contemporaneity will also support the artists themselves. “We will provide commissions and residency opportunities; we will provide dramaturgy, choreographic development.

“We also want to have artistic directors in the city — the presenters, the curators — in the room, and have them engage in a different kind of conversation. It’s not about pitching the show. It’s a chance to observe someone’s creative process, with their authority and autonomy over it.”

So far, Toronto institutions such as Toronto Dance Theatre, Dancemakers, The Theatre Centre and Buddies in Bad Times Theatre are on board with the project. Leary and Peerbaye hope to approach others and work toward a long-term initiative that will see them house various stages of this project.

“We want them to integrate the [material that comes out of Contemporaneity] into their own programming,” says Peerbaye. “It’s not about ownership. It’s about saying, ‘What are all the ways in which we can support each other?’”

“The overriding model for us is — how do we unsettle and decolonize space? How do we build a space to learn from all?” she says. 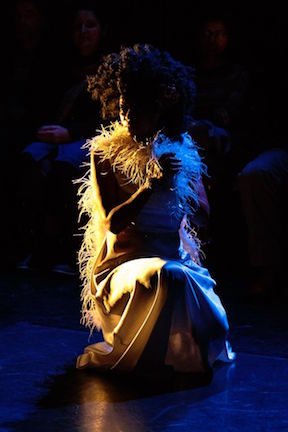 The launch of Contemporaneity that took place at Dancemakers’ studio last month was an example of trying to create a dialogue between disparate artists in Toronto. Leary and Peerbaye eschewed the commonly used model of curating a series based on contemporary dances from a particular cultural background, looking instead at the theme of the artwork being presented. “So there was Supriya [Nayak] doing a beautiful piece working on eroticism in odissi, which was immediately followed by a burlesque artist, Coco Framboise,” says Leary. “Both were looking at the idea of longing, the erotic and how the body is in that state. And it was a room in which the people who were watching it could hold that conversation.” 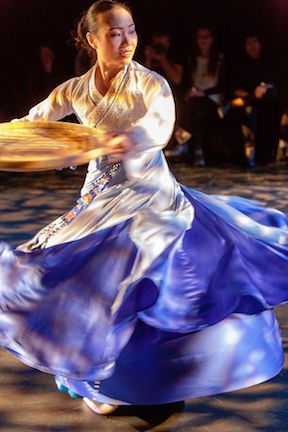 For Peerbaye, a memorable moment from the evening was when Cindy Yip from Little Pear Garden took to the stage. Illuminated by the lights of the Christmas Market and the city coming through the windows, she performed “a classical dance in loose robes, and it looked like part ballet and part jellyfish. There was a lovely gravity, grace and flow to it,” says Peerbaye. “It’s exactly the sort of dance you will never see in a contemporary framework. Maybe occasionally at CanAsian, or other spaces all defined by race and culture, because those are the spaces that have held these dance forms with integrity and have found audiences for them.”

At the moment, Leary and Peerbaye are in the selection process for the next edition of Contemporaneity, which will take place in fall of 2017 at Dancemakers. The plan is to have three editions, for at least two years, says Peerbaye.

“The hope is that eventually we will become irrelevant,” she says. 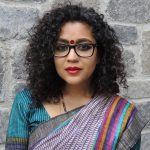