In April, Atlantic Ballet Theatre of Canada will soft-launch CoLABenDirect, an online platform that allows artists to co-create through video in real time, but with more advanced interactions. Users, up to five, have control over all cameras, not just their own. Choreographers can zoom in on individual movements or pan across a collaborator’s studio — features that extend the creative ability beyond other online platforms. The app also allows for video archiving and includes a database of participating artists and companies. The platform will officially launch in September at the Annual National Conference of the Canadian Dance Assembly.

The idea came from a desire to free independent artists and small to mid-sized companies from their dependence on travel funding. “Oftentimes you plan a collaboration and, gosh, you don’t get the grant,” says Susan Chalmers-Gauvin, co-founder and CEO of Atlantic Ballet. “We had hoped to create opportunities … to take away that heavy dependency on receiving that grant by bringing the costs way down and the accessibility up.”

During testing, Atlantic Ballet worked with companies across Canada, including Mocean Dance in Halifax and Kaeja d’Dance in Toronto, whose collaborative possibilities would otherwise have been limited by travel costs. While the idea for CoLAB was born pre-pandemic, COVID-19 has increased the demand for digital collaboration and the platform’s need to distinguish itself in the market.

Atlantic Ballet’s artistic director and co-founder, Igor Dobrovolskiy, says that testing the app opened a remarkable new window into creative processes. Because artists are in their own studios, each approaches the collaborative “space” with a comfort that’s hard to achieve when visiting another company.

With fast-developing technology, Dobrovolskiy has ambitions about CoLAB’s choreographic potential. “What I’m personally looking for is if the camera could have a sensor and could follow me automatically,” he says.

Chalmers-Gauvin says the app’s ultimate goal is to open doors for artists outside of urban centres and those looking to collaborate globally. “In five years, I really hope that we have created an opportunity for Canadian dance artists to connect and to do more creative work than they’ve ever done before.”

This article was originally published in our Spring 2021 Issue. 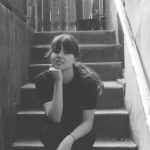