In late April, I was an invited guest at the 2016 edition of the Red Noroeste de Festivales de Danza (Northwest Network of Dance Festivals-NNDF). The network brings together five major international dance festivals, located in three different states of the northwest region of Mexico: Sonora, Sinaloa and Baja California.

Each festival has its own dynamics and logistics, director/coordinator, budget and is hosted by different institutions. Sinaloa holds the Festival Internacional de Danza José Limón, the oldest of them all, which will be celebrating its thirtieth edition this year. This festival is hosted by Instituto Sinaloense de Cultura and runs three venues in the cities of Culiacán, Mazatlán and Los Mochis. In Sonora, the festival, Un Desierto para la Danza, is organized by Instituto Sonorense de Cultura in the city of Hermosillo. In Baja California, Encuentro Internacional de Danza Contemporánea Entre Fronteras is hosted by the Universidad Autónoma de Baja California (UABC) at the campus in Mexicali. Cuerpos en Tránsito is hosted by Centro Cultural Tijuana (CECUT), and Espuma Cuántica by Centro Estatal de las Artes (CEARTE) in Ensenada.

The festival directors all know one another and come together to curate the overall event. Though I knew so little about the Mexican dance community upon arrival, what I was about to discover was a vital and exciting dance scene. While the venues are geographically relatively close, it’s a big country, and travels from one city to another can take an hour by plane, or often more than three hours by car.

The caravan of artists moved from one city to another every couple of days, and often it seemed like we were ships passing in the night. For instance, Allen and Karen Kaeja and their company, Kaeja d’Dance, were on the same tour, but it was only when I arrived in my third stop on the tour in Hermosillo, a desert city of 715,000 (according to the 2010 census) that we finally met, and the Canadian connection felt real.

Over a period of two weeks, I presented a talk on the development of Canadian video-dance entitled “Northern Exposures,” providing an enriching perspective on the development of Canadian dance for screen productions over the last seventy-five years and a spectrum of stellar work, from Norman McLaren’s early pioneering activities at the National Film Board to JoDee Allen’s expanding research as a key player in evolving game activities and narrative. I also curated a screening of Canadian video-dance that played in cultural centres, performance halls and university auditoriums across the region to appreciative audiences, as well as giving a hands-on dance-video workshop and a primer into the realm of 3D stereoscopic dance filmmaking. 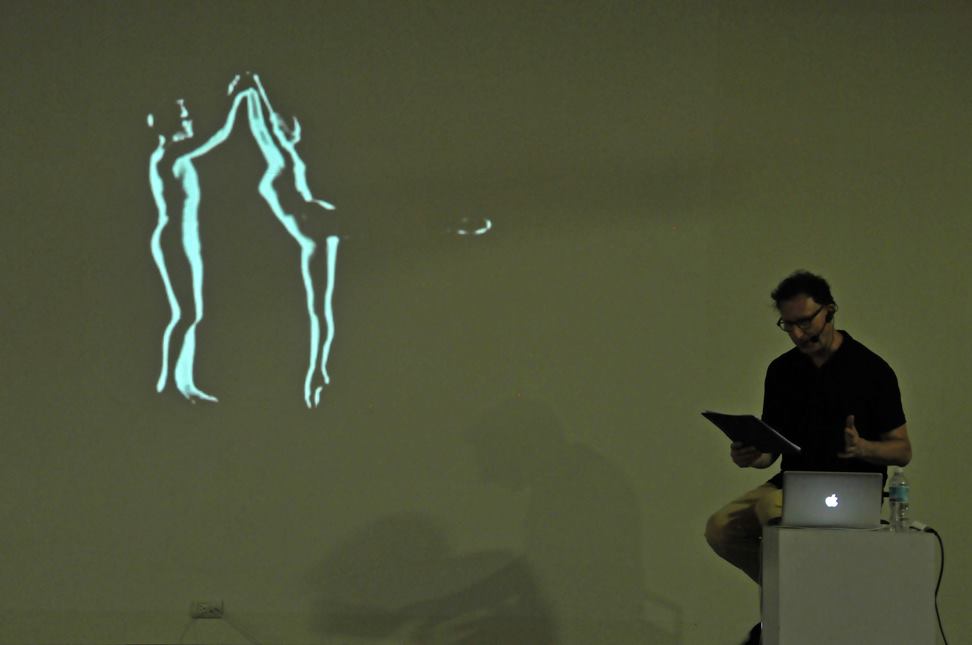 My goal was to bring a unique dimension of Canadian culture abroad — through my experience as a writer, critic, lecturer and filmmaker — to the dance community in Mexico. The hope was that my input would allow for the work of Canadian dance filmmakers and other dance artists to be exposed to a new market. I was particularly pleased to be part of a dance event that encompassed not only stage performance but also a commitment to creating a rich experience for both audiences and performers in a wide and generous manner.

Kaeja d’Dance, now celebrating its twenty-sixth anniversary, was presenting two stage works, .0 (point zero) and Touch. Further, at most venues along the tour, the Kaejas (Allen and Karen) would do a master class, passing along their technical know-how to the dancers in the communities. They’ve been invited to return to teach more extensive workshops and embark on new creations on companies and in pre-professional programs in some of the cities. The Kaejas say, “Touring is not just about exposing our work, but has always been about building future relations, connections and communication that develop international dialogue and hopefully have positive implications for decades to come, not only for us, but for the Canadian dance community as a whole.” 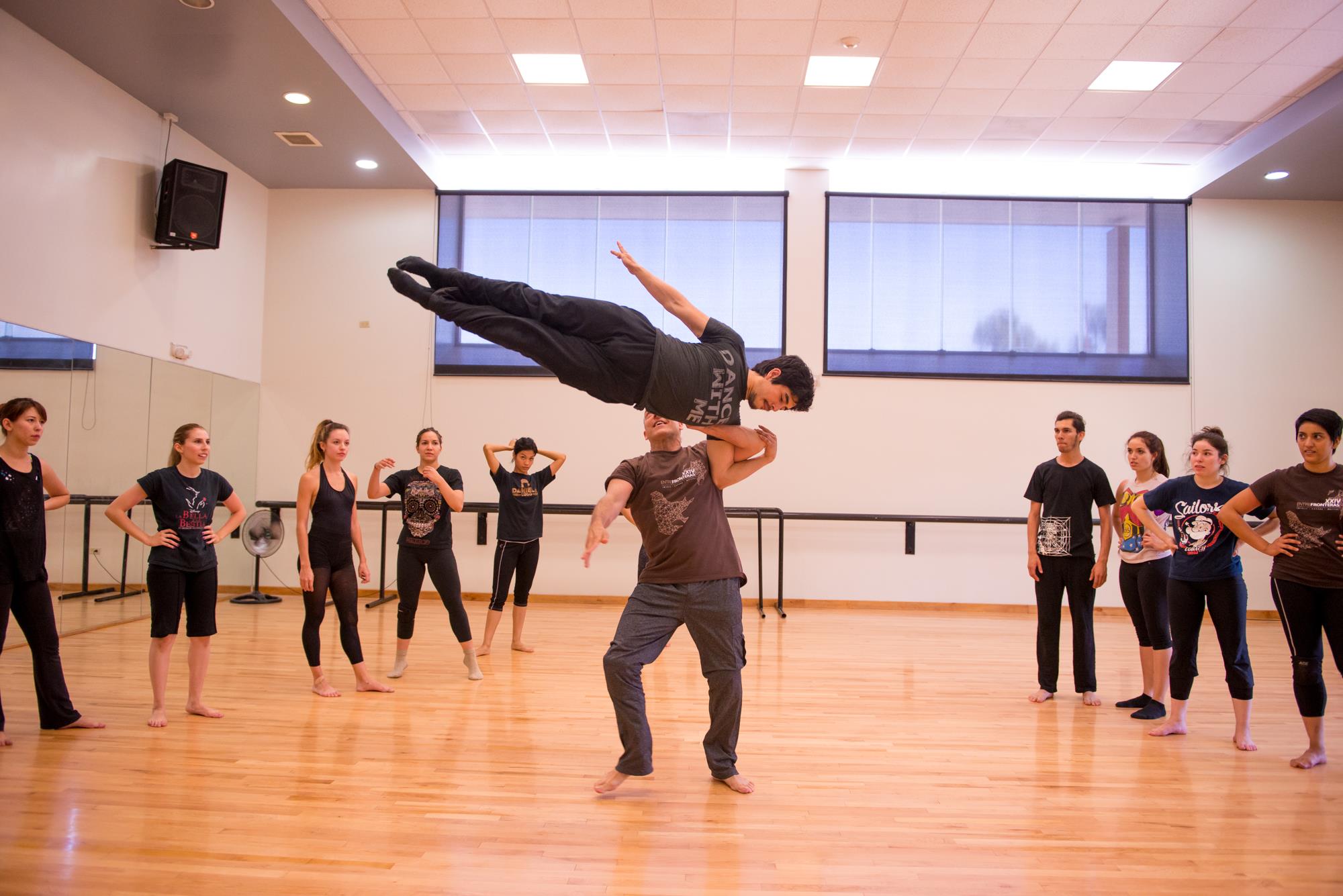 Dance teacher, director and promoter Carmen Bojórquez founded the Red network in 1994. Her pioneering vision was to help cultivate the next generation of contemporary dancers and dance communities. She set in place a way of working that was emulated throughout the country: the regions share expenses and collaborate in deciding programming choices. Even though there is a consensus in curation, each festival has the freedom to select the shows and events for their particular schedule. Today national networks of festivals exist in other regions of the country.

“When the first festival started, the idea was to have a platform,” says Hildelena Vázquez, a full-time faculty member in the dance department at UBAC and director of Festival Internacional de Danza Contemporánea Entre Fronteras. “We are so far from the centre [Mexico City], and nothing came north.”

Not unlike other international festivals, the Red was meant to help the dance community to grow and to equip it with very different tools (including teachers, conferences, performances, musicians, critics and photographers) that would enable artists to establish structures, to run companies, to choreograph, to increase knowledge about dance technique and diverse art practices and to develop the appreciation of dance. To that end, many of the festivals have programs that are set in place to engage students through workshops and classes. But the impulse was also to create a platform for international exchange where people could make friendships, where they could meet, exchange information, share with others and ideally come together and create new projects. All in all, it was meant to build foundations for contemporary dance in the country. 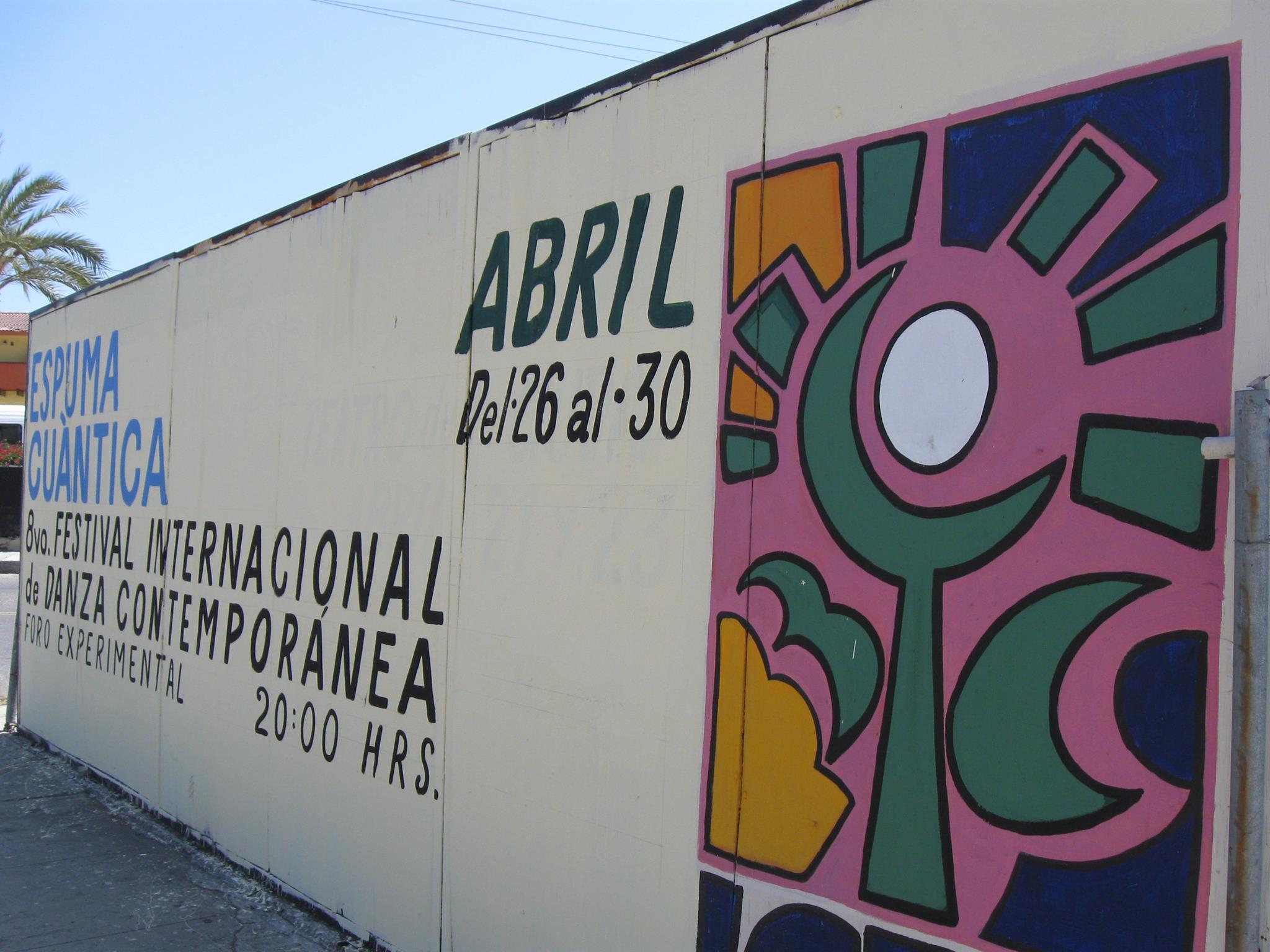 This was the second year the event highlighted a north-south connection, including work by Canadians, Mexicans and Brazilians. In other years, dance artists have come from Switzerland, Finland, the United States and beyond. “It’s interesting to see different proposals from the cultures of each country infused in each piece,” says Vázquez, a graduate of Concordia University’s dance department, and a spark for innovation and connection in her community. She says “It’s important to keep the link between Canada and Mexico. I want to share [what’s going on] with my town.”

The director of the Un Desierto para la Danza and founder of the Antares Danza Contemporánea, Miguel Mancillas, also shares a Canadian connection: he danced for a couple of seasons with Montréal Danse in the early 1990s and is keen on building connections with Canadian groups. In previous editions, companies such as Rubberbandance and Montréal Danse have been invited to the event.

Interaction is a great motivator. But the proposition that Vázquez, Mancillas and others support needs to be reciprocated and new partnerships need to be explored, and the spirit of collaboration needs to be stoked. It’s important to acknowledge, as Canadians, our part in building and nurturing the exchange. I can’t think of the last Mexican dance company or independent artist I saw perform in Montréal, which brings up questions about what mechanisms are in place to bring work north. But Vázquez says, “Mexico doesn’t have a place in the dance world. We might be behind the avant-garde and the trends established in [North America and Europe].” But she suggests that there are other imperatives at play in terms of securing funding for the arts and building communities.

From what I’ve seen there’s no shortage of talent and there’s a lot of energy on display. Young independent artists were given “short-snapper” (ten-minute) outdoor platforms at the festivals, including Jorge Luis Salazar Torres, who performed an evocative in-situ work, El Placer de No Pertenecer (The Pleasure of Not Belonging), which the festival called a “choreographic intervention” just ahead of my presentation in Culiacán, and the Tranze Producciones group, who in Mexicali assembled on a small stage measuring 4×4 feet and captivated audiences with quick-paced, very physical, daring movement and text. Given a berth in the Ensenada theatre space, Andrea Villegas Maldonado and Minerva Muñoz Rodriguez, of the Proyecto GSSP, performed a riveting duet, Rothko’s Blue Shadows, exploring ideas of dimensionality and the deconstruction of space. 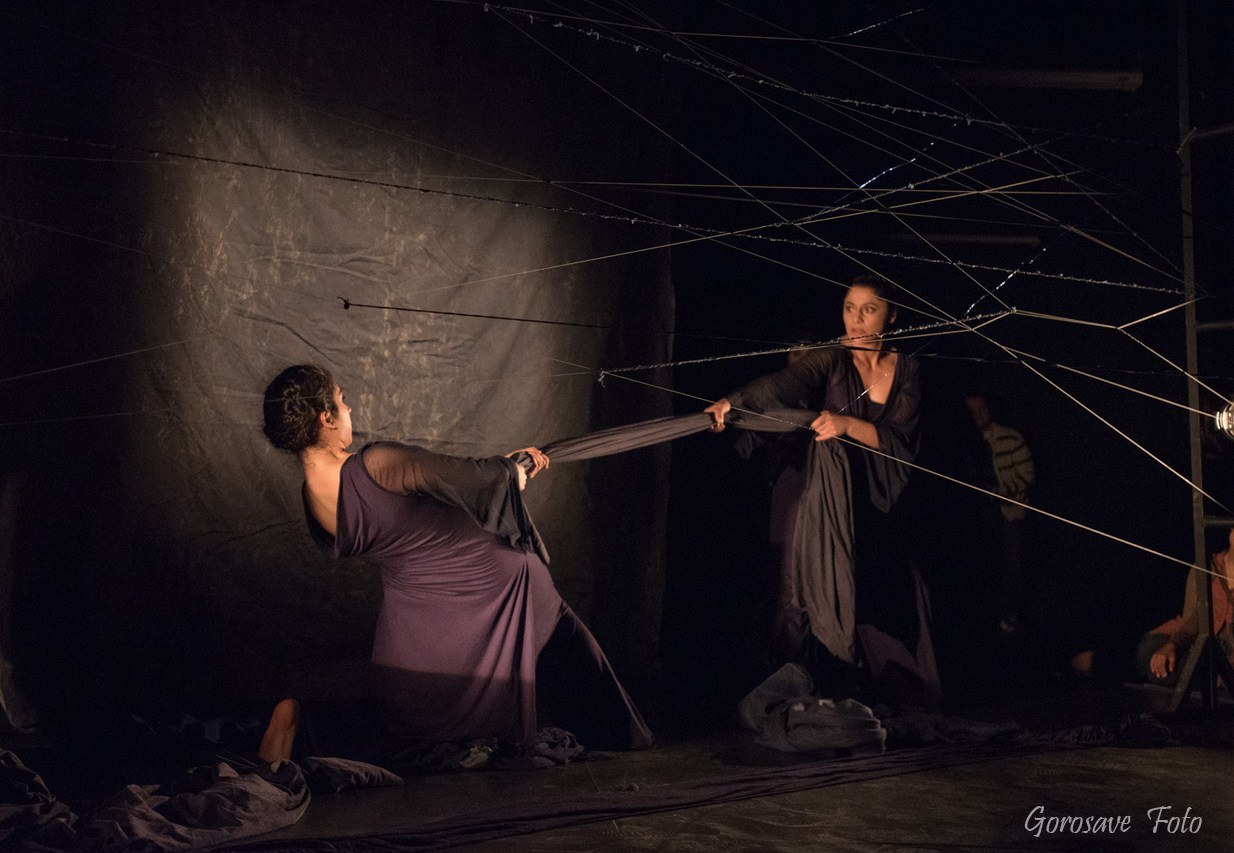 In Mazatlán, the Delfos Danza Contemporánea, a company founded in 1992 by Mexican choreographers/dancers Claudia Lavista and Victor Manuel Ruiz, has been thriving. Since 1998, Delfos has also run the Mazatlán Professional School of Dance (EPDM), which offers a Bachelor of Arts degree program in contemporary dance and attracts students from Mexico and internationally. Again, in terms of reciprocity, EPDM regularly hosts guest artists and teachers from throughout the world to connect students to the global dance community.

Contemplating the international roster of companies at the festival, this year and in past editions, Vázquez remarks, “It’s always surprising that work coming from North America is not political.” Whereas, she says, South American material tends to have a political sensibility, with themes about migration and people struggling as undocumented labourers. These realities are inextricable elements of identity that penetrate the spirit of soul of the people. But there’s also plenty of playful work that’s being created as well, as evidenced when the La Covacha Big Band joined forces onstage for an International Dance Day celebration with the Antares group.

I have a sense that Mexican dance festivals are layered experiences, layers with various engagement points of entry, whether for the participant in the classes and workshops, or an audience member attending the performances and events. The programming is nothing if not eclectic, and there seems to be a responsibility, not condescension, to communicate to an intelligent, sympathetic and popular audience. People are encouraged to be adventurous and are allowed to try out the new and different; places where something is brought out of them, fuelling interests that perhaps they didn’t know they had. For the next generation of Mexican dance artists, I believe it’s an occasion where they can walk away from their time at the Red and relish they are dancers or choreographers. And that’s got to be a great source of satisfaction. 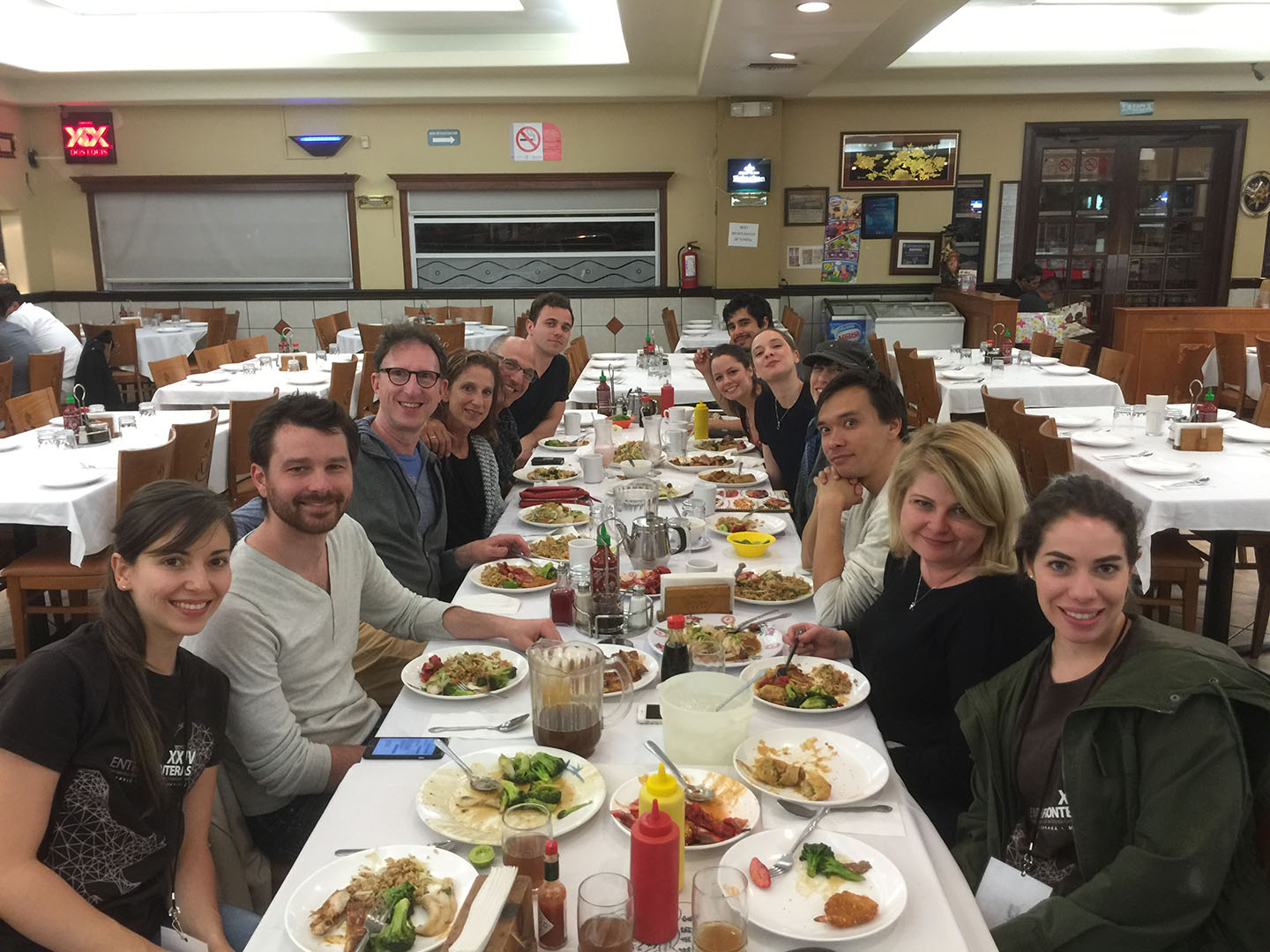 By Philip Szporer
Read more by this author