Often, accommodating a big idea involves expanding your vision rather than changing your current plan. For Les Grands Ballets Canadiens and for me, our big ideas led us to dance therapy.

Three years ago, Alain Dancyger, executive director of Les Grands Ballets, was in the midst of planning the company’s 2016 move to the new Espace Danse Québec in downtown Montréal. “I thought a lot about what we could do to make people feel that the arts in general and dance in particular can transform your life,” recalls Dancyger. His first idea was to create a recreational dance department in the new facilities, but when Dancyger’s father was diagnosed with Alzheimer’s disease, his research led him to dance therapy. “Suddenly, it clicked,” he says.  What if Les Grands Ballets “broadened its vision to encompass and promote all the benefits that are linked to dance,” not only “the aesthetic art of ballet and entertainment, but also the notion of greater well-being.”

He and his team researched the idea carefully, and reached out to the Dance Movement Therapy Association in Canada (DMTAC), dance therapists, universities, hospitals and doctors to explore opportunities for collaboration. The project struck a chord, and in April 2013, Les Grands Ballets announced its new National Centre for Dance Therapy — the first centre in the world to unite clinical research, client services and educational programs in dance therapy.

During these same three years, I was making the personal transition to being a new parent. Chronic pain had already made my dance practice a challenge, and I was becoming increasingly interested in pursuing counselling or psychology as a next career step. When I learned that Les Grands Ballets was offering a dance therapist training program, I had my long-awaited “Aha!” moment. I realized that I didn’t need to make a wholesale shift from dance to pursue my new interests: I could combine all these ideas into something bigger, the practice of dance therapy. Perhaps, I could even use dance therapy to help others with chronic pain.

I submitted my application to the National Centre for Dance Therapy, and last October, I dusted off my dance pants, piled my husband and our two-year-old daughter into a rental car, and drove to Montréal for a full-day workshop and audition.

The American Dance Therapy Association (ADTA) defines dance/movement therapy as the psychotherapeutic use of movement to further the emotional, cognitive, physical and social integration of the individual. The practice is rooted in the idea that mind and body are closely interrelated, and that if we change how we move, we can change how we think and vice versa. Dance therapy can be used with any population, from cancer patients to children with learning disabilities, to clients with dementia, to individuals seeking more meaningful engagement in their lives.

The practice emerged in the United States in the 1940s and 50s through the pioneering work of Marian Chace and others. Within Canada, dance therapists have been working for several decades. But even so, there is currently no master’s level training program in Canada.  The National Centre for Dance Therapy is collaborating with several Canadian universities to change that.

In the meantime, the centre offers a more self-directed training path called the Alternate Route, in partnership with the 92Y Harkness Dance Center in New York.  Dr. Miriam Roskin Berger, director of the 92Y-Harkness Dance Therapy Program, is an international name in the field. She has created dance therapy programs in the Czech Republic, the Netherlands and Sweden, and has taught dance therapy around the world.

The Montréal edition of 92Y’s Alternate Route program consists of three intensive three-week training sessions — the July 2014 session I just finished, and two others in February and July 2015. On my own time, I am responsible for completing fieldwork, a supervised internship and a master’s degree in a related discipline.  Once I complete these steps, I can apply for registration through the ADTA. When all is said and done, this will have been a very long process, but the flexibility of the Alternate Route path makes it ideal for someone like me who has a young child and is based outside of Montréal.

For my first training session this July, my husband booked time off work so our family could be together in Montréal. We rented a <i>pied-à-terre</i> close to Les Grands Ballets, and my husband looked after our daughter — taking her to museums, cafés and MANY ice cream shops — while I trained. My days ran from 8:30 to 6:30, Monday to Friday, and my evenings were occupied with reams of readings, assignments and a daily journal. Sometimes it was hard to catch my breath, and my husband did ninety percent of the parenting — but we managed.

As this was not a lecture-based program, I couldn’t rely on a chair and strong coffee to prop myself up; I needed to be present and engaged so I could fully immerse myself in the daily movement experiences led by Dr. Berger and her team. Through these body-level experiences and our reflections on the thoughts, feelings, and sensations that arose during them, we explored the physiological basis of emotion, the symbolic nature of the body, kinesthetic empathy, bodily defense mechanisms and how to build relationships of trust and safety, among other topics. We also practised leading groups, observing and describing movement and offering movement-based interventions.

One of my biggest take-aways from the experience was the profound sense of community that developed among the twenty of us in the program — an acknowledgement of our individual strengths and our contributions to the wider group. This cohesion supported all of us in our training and will support us in the future as we enter the dance therapy profession. When each of us becomes registered, we will almost double the number within Canada. With the next cohort of students in two years’ time, that number will triple.  When a full-time graduate program is established, the number of dance therapists in Canada will climb even higher. Is there enough opportunity to support this exponential growth?  Dancyger believes there is.  “We’re receiving requests for therapists all the time. We can’t keep up with the demand,” he says.

At present, the centre is collaborating with four university health centres in Montréal to investigate the impact of dance therapy on various populations, including adolescents with eating disorders, at-risk students and seniors. Dancyger plans to expand programs to the rest of Canada, starting with new research projects in three Canadian cities in the coming year. The centre is also working with DMTAC to determine how best to complement one another so that the whole community benefits and more awareness is raised on a national scale about the potential of dance therapy.

I recently spoke with Joanabbey Sack, president of DMTAC and a key consultant to the National Centre of Dance Therapy, to ask her what her hopes were for my group of Alternate Route students. She expressed her hope that we continue to collaborate after our program ends, perhaps creating small clinics together or linking with other creative arts therapists, or that we take ourselves into existing health-care facilities. “I think, basically, in many cases, dance therapists make their own jobs,” she says.  “My hope is that each person in their own realm is confident to take themselves where they want to work, to say ‘I like what you’re doing. I want to work here,’ and build something from there.”

In the evening, on the second-last day of our program, we gathered at the house of one of my colleagues to celebrate three hard-won weeks. Hip hop music was playing, and my daughter wiggled out of my arms into the centre of our circle, stamping her feet wildly to the rhythm. I was struck by how natural and spontaneous dance can be, and I felt the pleasure of being part of the big idea of dance therapy — an idea that embraces my background in dance, my struggles with pain, my priorities as a mom, and, at the same time, offers the expansive possibilities of a new career and the profound opportunity to help others. 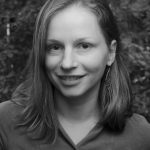 By Lorraine Aston
Read more by this author