Over the Valentine’s Day weekend, soggy Vancouverites entered the Emerald Supper Club and Cocktail Lounge in Chinatown for Small Stage point 5, a MovEnt production. The younger sister of Dances for a Small Stage, which started in 2002, Small Stage point 5 is Artistic Producer Julie-anne Saroyan’s way of bringing it back down to a small scale and creating collaborations between music and dance in a non-traditional sense.

The first Small Stage point 5 premiered in November 2013 at the Emerald back room and was sold out for two nights. In 2014, Saroyan brought in Juno-nominated songwriter Tariq Hussain to select musicians, and then Saroyan curated which dancers would work with them.

Five musicians and five dance artists were paired for the 2015 Valentine’s edition. Though each incarnation of Small Stage point 5 is different, Saroyan believes in nurturing talent on an ongoing basis. To that end, two dance artists and two musicians are asked to repeat the process over the three shows within the season, though the pairings may change next time.

The two-and-a-half-square metre stage, placed opposite the round banquette booths of the supper club and recalling the Tropicana in the heyday of the Rat Pack, was separated by rows of chairs with more seating placed on the sides, creating an informal vibe but impeding sightlines.

The cupid-like emcee, Billy Marchenski, complete with feather wings and tarnished white tights, began with a pre-show example of a living water fountain. With the sound of water trickling, driving those drinking beer mad, he stood on the stage in stillness for a good ten minutes, like an Italian cherub peeing for all eternity.  It was a Roman comedy-like lewd shenanigan that signalled that the evening would be “nineteen-plus.”

Starting with the lighting of incense, both Lo and Barry began with a hand gesture that signalled a ritual about to begin. As Lo’s reverbed vocals were sung over a sampled groove, Barry engaged the audience with an earthbound movement vocabulary that was beautiful. Wisely, she chose not to do floor work as the sightlines would have prevented the viewing, but instead gave the same feeling as if the floor was her partner as she reached out to those gathered around. A stick with lights in it was almost the only light, giving the dance a shadowy mystery, like a campfire salutation to the gods. Clearly in the initial forays into the collaborative work, the piece has potential for a longer incarnation.

The combination of musician Tarun “Tspoon” Nayar and dancer Scheherazaad Cooper was the most satisfying of the evening. Nayar fuses Asian music and electronica and tours the world with his Vancouver band Delhi 2 Dublin. Cooper, a Canadian Odissi classical Indian dancer, is artistic director of the Interregnum 5 Dance Collective whose latest work, BackStories, in collaboration with Beautiful Confusion Productions, has been housed in London, Vancouver and Prague and Ostrava in the Czech Republic. She considers herself as much a contemporary dancer as a classical Indian one.

A tabla player, Nayar’s uber-groovy placing of English words instead of the bhangra text in his piece, offered a spoken word/rap vibe to the work and drove Cooper in her highly articulated movement centred around her hands. The flow between the two artists was discernable, making for a unique exchange.

Mark Andrew Hamilton, Saatchi Gallery Music Prize recipient, Polaris Music Prize nominee and member of Woodpigeon, and street dance artist Clarence Tang, in his drag incarnation as Zilia Ross, combined waacking with Hamilton’s mix of live instruments and sampled repetition. Ross was fierce in a cascading curly wig and a tasteful gown; however, the combination of more arty music paired with the club vibe of waacking was not a wholly successful mash-up. A strong dancer with the flashing arms of waacking isolation, Tang held the room at first but as the piece didn’t evolve, ennui ensued. Waacking is born of club culture. Club culture exists because of the driving pulse of the music. Sadly, Hamilton’s music didn’t really drive the piece.

The last work combined Hussain, whose own art delves into the interdisciplinary, with Chengxin Wei, former Ballet BC dancer who also trained in classical Chinese dance. Starting at a mah-jong table, stacking the tiles and showing the audience the different symbols on them, he eventually moved out from behind the table and began to physically express quite literally the lyrics of Hussain’s song. When he came back to sit behind the desk, having resolved his feelings through the dance, he began softly singing the same words as Hussain. A female voice came drifting in, singing the harmonies, and the voices joined in an ethereal ending, an excellent conclusion. Though called Fragments, the dance clearly had a journey that would be interesting to see delved into.

Supporting these collaborations is valuable and even if the piece feels unfinished, we see the potential that will drive us to see the next show to see how it has evolved. If we are to have meaning in our dance with stories being told, inner visions firmly expressed or a world view being suggested, then there needs to be a deeper exploration.

Was this a fun evening? Yes. But in order for there to be more meat on the bones of the work, perhaps a dramaturge’s outside eye or a longer rehearsal period would help. 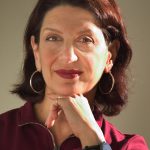