What happens when you ask a group of street dancers to dance like peanut butter? While Victoria “VicVersa” Mackenzie shouts “smooth or crunchy?”, Lee “Lethal” Pham lays down and starts munching on the most amazing imaginary sandwich he has eaten in his life. The rest of the cast surround him, all creating their own incredibly physical and peanut butter-inspired movement. The group creates childlike fun onstage, inviting the audience to join in on this journey of defining hip hop theatre.

Open Art Surgery, presented by Harbourfront’s NextSteps series, took place at the Fleck Dance Theatre in Toronto on Saturday, March 29. Lead by Jonzi D, of Breaking Convention/Sadler’s Wells, and local mentor Allen Kaeja, the event offered some of the most talented urban dancers in Toronto the opportunity to create and develop their work in and for a theatrical context. The cast — which included Ofilio Sinbadinho, Emily “Em Fatal” Law, Professor Mary Fogarty of York University, Marcelino “Frost Flow” DaCosta and Judi “JuLo” Lopez, to name a few — spent five days putting together the two-hour experimental show.

The Open Art Surgery program consisted of improvisational games and the presentation of several works-in-progress. Works touched on ideas about the position of women in street dance, the alpha-male competition within breaking culture, and controversy around the term “biting” — stealing an idea, dance move or style from someone else. One of the many humorous parts of the performance was a game called Chain Reaction in which Jonzi D shouted out instructions such as “off ground!” (dancers quickly had to find a partner and lift them off the ground, which led to some interesting positions) or call out words that would inspire movement — “bubbles,” “wrinkles” and “peanut butter.” Members of the audience also volunteered some of the words.

Some of the most intriguing parts of the show were based on audience participation. In his opening speech Jonzi D asked the audience to leave their cellphones on; he wanted us to tweet what we were seeing. Twice during the show the audience was formally invited to share opinions, thoughts and feelings on what we were seeing. The discussions led to conversations about race, gender and the meaning of art. I was impressed by how the show was able to bring one of the core aspects of the street-dance world — community — into the theatre. There was a palpable sense of community between the cast members and within the room as a whole. It was unlike anything I have ever experienced at a performance.

Jonzi D obviously thinks so and so do I! 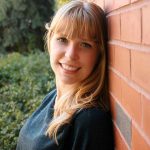