Brooke Lynn Hytes, season eleven runner-up and first Canadian queen on RuPaul’s Drag Race, is sashaying back to her hometown, Toronto. She’ll be performing with Les Ballets Trockadero de Monte Carlo on March 7 and 8 at the Winter Garden Theatre. It’ll be a reunion but not the drama-filled reality show kind. Hytes performed with the company from 2008 to 2012.

Sean Young caught up with her over the phone from her home in Nashville, Tennessee, to talk about ballet, drag and everything that comes in between.

Sean Young So, Brooke Lynn, can you tell me a little bit about how you first got involved with Les Ballets Trockadero de Monte Carlo back in 2008?

Brooke Lynn Hytes My love affair with Trockadero started when I was back at Canada’s National Ballet School. When I was still a student, I got my hands on their DVDs, and me and my friends used to watch it constantly and just be, like, in awe of these men doing these ballerina roles. So, it was always in the back of my head that that’s what I wanted to do. I just don’t think I was brave enough to say it for a couple years because I thought I had to be a male dancer. It turns out, I literally had no interest in being a male dancer. I had no interest in the male repertoire, the male steps, none of it. I just wanted to be a prima ballerina. So, after I was done school, I actually went to New York and auditioned for them. They loved me, and they wanted to take me, but unfortunately, being a Canadian, and it being an American company, they said, ‘Go away for, like, two years; get a professional job; build up your resumé; and then come back to us and we’ll be able to get you a visa.’ So, that’s what I did. I moved to South Africa for two years, danced as a soloist dancer doing principal roles, built up my resumé. And then after two years, I gave them an email and said, ‘Ok, I’m ready.’ I went right back to them, and they got me the work visa and then I joined the company. So, it was a very long process.

SY Working with their company was the big goal, in a way, then. What drew you back to them for these three performances in Toronto now?

BLH I haven’t done it in so long and it was a really fun, challenging time in my life. It’s kind of cool because I can just drop in for a couple days and, like, do my thing and then peace out. I’m just kind of revisiting old stomping grounds. There are still some dancers in the company that I worked with when I was there. It’s going to be nice to see some old faces and meet some new ones.

The Dying Swan is what I will be dancing in the shows in Toronto. Their staple piece, I would say. And it’s, like, the most coveted piece to dance because it’s just you onstage. There’s nobody but you. I think it’s the only piece in the entire repertoire where it’s just a solo. I’m completely terrified because when you come onstage, [you’re] facing the back, and then you turn around, and there’s no light except for the blinding spotlights in your face. And you just have no orientation of where you are because it’s so pitch-black and you’re just blinded, literally blinded by the light. I’m a little terrified, but I’m just more excited to be back onstage as a Trock. I have a lot of really great memories there.

SY You made that switch over into a professional drag career while still maintaining a lot of that ballet style in your performance. It’s your trademark. So how did the company influence the performance that you bring to the stage today in drag?

BLH Oh, God. Well, yeah, I left … I left after four years. I was … I was really tired. My body hurt. [laughs] It was an amazing experience, but it’s just [that] dancing on pointe as a man — and you’re sometimes dancing three pointe ballets a night as a man — was really, really, really tough. My body is not made for … how do I say this? Speed. My body is made for pleasure. I’m not a workhorse is what I’m trying to say. I was looking at it, and I was like, I’m kind of falling out of love with dance. I didn’t want that to happen. I was looking at what I loved about what I’m still doing, and I was like, I just love the drag aspect of it more and not so much the ballet aspect of it. So, I decided I was going to move home to Toronto and become a professional drag queen. So, that’s exactly what I did. And it somehow worked out.

The company really informed my drag because it gave me kind of my own little niche doing dancing on pointe. But, more so, the company affected me and affected my drag career in a positive way. The thing about being a ballet dancer in general — and especially working with Ballets Trockadero — it’s drilled into you, this sense of teamwork and sense of professionalism. [Trockadero’s] company manager, who is still the company manager now, Isabel Martinez [Rivera], has been one of my greatest teachers when it comes to being a professional. She always said, ‘If you’re on time, then you’re late, and five minutes early is on time.’ I am a stickler for being punctual and a stickler for being professional, for showing up, for doing your job correctly, for being easy to work with. I still get people [saying] like, ‘I’ve never met a drag queen who’s so on time.’ Honestly, if I’m going to a gig, I’m usually texting the people before they’re supposed to come pick me up, being like, ‘I’m ready.’ Like, fifteen minutes early, like, ‘Come get me, I’m ready.’

BLH A little bit. They were very kind. I mean, Mavis Staines — the artistic director of the school — was very kind to me, and she saw that I was different. She saw that I had an interest in pointe, so she allowed me to — in my last year of school — start dancing on pointe a little bit. I could take the girls’ classes and do pointe work with them a little bit. Then, when I moved to South Africa, I didn’t really do it as much. I couldn’t find pointe shoes in my size, and I was busy being a professional dancer for the first time, so I was just worried about lifting the girls up.

SY Well, we’ll just fact-check that with everybody you’ve ever booked a gig with. [laughs] In what other ways would you say that the ballet industry is different from the drag industry?

BLH Well, I think there’s a lot more room for self-expression in the drag industry than there is in the dance industry. Ballet is a pretty rigid art form. There’s kind of a right way and a wrong way to do things, I would say. I think it’s becoming a little bit more open as time goes on. I think that goes with everything. People are realizing that times are changing and you kind of have to change with them.

SY If you could describe the physical feeling of dancing in pointe shoes versus dancing in heels, how would you describe it?

BLH I honestly find it easier to dance on pointe than to dance in heels. Like, I have more balance on pointe than I do on heels. Heels just kind of feel heavier. Pointe is a little bit lighter. I think it’s maybe because you’re just more up on your body. I think a lot of times I would prefer dancing on pointe to dancing in heels.

SY A lot of people in the dance industry — and outside of it — see ballet as the pinnacle of dance. What would you say in response to that?

BLH Well, they’re absolutely right. [laughs] I think it’s, like, the keystone. It teaches you about strength. It teaches you control. It teaches you grace. It teaches you agility. And then from there you can break it down and change it however you want. But you always keep those key points about ballet with you. When you see a tap dancer, a jazz dancer or a modern dancer that has had good ballet training, you can see it. It just makes it look more beautiful, to me personally. I think ballet really is the hardest. Technically. There’s a yes, and there’s a no. You’re always striving for perfection and you never really reach it.

SY On the flip side, as the Queen of the North and future judge on Canada’s Drag Race, what do you want people to know about drag in Canada?

BLH I think drag in Canada — well, pretty much drag everywhere — is very diverse and there’s a lot of it. There’s a lot of queens that come from everywhere and they all have stories to tell. My favourite thing I always say about [RuPaul’s Drag Race] is that I like the show because it humanizes drag queens to people. I think, before, people kind of saw drag queens as, like, these circus freaks and, like, weirdos, but they’re just really people with stories and issues and lives and baggage like everybody else. And they kind of unpack it all for you on TV. You can see the person behind the drag queen. I’m just excited for the [Canada’s Drag Race] queens to get to show the world what we have to offer. I think it’s going to be a really good season, and it’s going to be really fun to watch.

SY I know I’m excited. I’ve been eagerly waiting for a release date to be put out there.

BLH I mean, bio queens. There’s so many of them out there. They don’t really get like any attention, like, a lot of noteworthy attention. People are starting to recognize it as an actual valid form of drag, which it is. So, I think that’s really cool. Drag kings also. Like fucking Landon Cider, who just won Dragula. Incredible. He’s so, so amazing at what he does. Like, his transformations are just mind-blowing.

SY And do you have any other favorite bio queens or drag kings from Canada that you’d like to plug at the moment?

SY What is the thing you’re most looking forward to about these three performances in Toronto with the Trocks?

BLH I’m really excited to do a drag ballet performance and not have to lip-synch at the same time. [laughs] That’s going to be great. I’m excited about that. 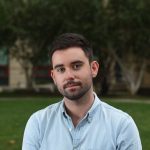 By Sean Young
Read more by this author